When Parents Publicly Shame Their Kids

The story was so disturbing, it instantly became the latest parable of punishment in the digital age. A dad in Tacoma, Wash., filmed his 13-year-old daughter with her long hair cut off and piled on the floor around her. She was being punished for sending a boy a racy photo. “Man, you lost all that beautiful hair,” says his voice in the background. “Was it worth it?”

That video went viral–especially after news spread that within days, she had jumped to her death from a highway overpass. Outraged YouTube viewers called for the father to be criminally prosecuted. There were headlines all around the world: Teen commits suicide following father’s public shaming. The truth is more complicated. According to police, he never meant the video for public consumption, only as a reminder to her. She was the one who shared it with friends, before it found its way online. But however complex the motives for her suicide, the tragedy became the latest exhibit in the fierce debate over discipline, decency and the power of technology as a parenting tool.

A child’s defiance can ignite in parents a potent mix of fury, shame and desperation. Maybe it’s biological–part of the quest to ensure the survival and success of the next generation. Maybe it’s just ego. But these emotions are as intense as any that humans have, and they fuel the desperate search for effective discipline.

Only now the lens replaces the lash. In dozens of recent news videos, kids, mostly tweens and teens, stand on street corners holding signs with damning, almost biblical texts: I’m a liar and thief. When I grow up I want to go to prison. I am on the road to failure! I’m a self-entitled teenager. Sometimes the children are openly crying. Sometimes they’re silent. Sometimes the signs include a defense of the parent: I’ve embarrassed myself and my mother because she taught me better, said one 13-year-old girl’s sign. Other signs invite participation from passersby: I am a bully. Honk if you hate bullies.

There are also a growing number of videos of kids with their hair shorn as punishment for anything from bad grades to losing an iPad. One dad asks his son to hold up his failing report card for the camera. The tactic has become so popular in Snellville, Ga., that a barber specializes in ugly “old man” haircuts for misbehaving kids.

This kind of shaming prompted Illinois state representative La Shawn K. Ford to propose legislation this month that would penalize parents who use social media to humiliate, intimidate or cause emotional distress to their children. “The Internet is forever,” says Ford. “These videos could have an effect on a child’s whole life, maybe cost them a job someday.” Parents found guilty of cyberbullying would pay a fine that would be kept in escrow for the child until they’re 18. Ford is also planning town halls with psychologists to discuss the dangers of publicly ridiculing kids.

When reporters ask parents or guardians why they’ve resorted to such tactics, they often say they’ve tried everything else. And the fear that a child will skid irrevocably off the rails unless a parent does something drastic is as genuine as the anger. “Some people think these parents are evil, but they’re not,” says Norma Simon, a psychologist and former director of the New Hope Guild Center’s training programs for child and adolescent therapy in New York City. “They’re desperately trying to solve a problem, even if their solution is damaging.” And that’s the catch: whether or not you believe shaming a child is wrong, it usually doesn’t work as a deterrent. This is particularly true for teens, whose healthy development hinges in part on their ability to establish social currency. “The reaction to shame is an inherent sense that you’re no good, that you’re damaged as a person,” says Simon. “And if you’re no good, what hope do you have of correcting what’s going on?”

Social-media discipline often becomes a solution that creates more problems than it solves. Just ask the dad who shot up his daughter’s laptop on camera three years ago because of a disrespectful letter she wrote on Facebook. The video has been viewed more than 40 million times, and the angry things he claims he said in a very low moment will always be viewable by her and her peers–and his. 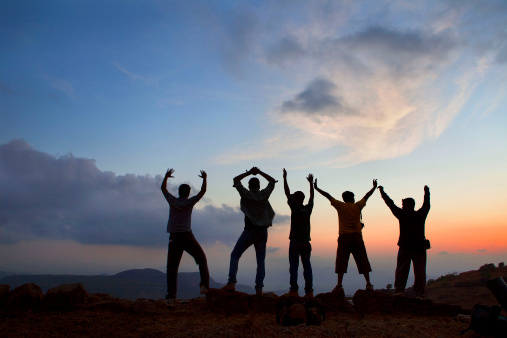 How to Help Your Kid Make Friends This Summer
Next Up: Editor's Pick