Pot Has Become Easier to Study

On June 18, Delaware became the 19th state to decriminalize possession of small amounts of marijuana, joining a growing number of U.S. cities and states that have loosened restrictions on the drug. But pot remains illegal under federal law, which has made studying its effects particularly challenging. That may finally be getting easier. On June 22, the White House announced that cannabis researchers will no longer have to submit proposals to the U.S. Public Health Service, lifting a major bureaucratic hurdle. “Scientists need to be a part of making policies, and the only way we can do that is through fast research so we can answer some of the questions that the public is asking,” says Yasmin Hurd, who has researched the drug at Mount Sinai Hospital in New York City. Despite the challenges, pot researchers have turned up some interesting recent findings. Here’s a short guide to the latest:

A study published in the June 23 issue of the Journal of the American Medical Association found that most of the 75 edible marijuana products researchers purchased in Los Angeles, San Francisco and Seattle inaccurately labeled the potency of the treats’ THC, the psychoactive ingredient in pot. Some 60% had less THC than advertised, while around 20% had more–a variation researchers attributed to a lack of industry standards and regulations.

MIXED VERDICT ON MEDICAL USE

A review of 79 randomized clinical trials of nearly 6,500 patients, also published in JAMA, found limited existing evidence of marijuana’s benefit for some medical conditions. The researchers found “moderate-quality” evidence that marijuana helped with chronic pain and reduced muscle spasticity in patients with multiple sclerosis. However, they found only low-quality evidence that it helped with nausea caused by chemotherapy and weight gain for patients with HIV and no reliable evidence that it improved psychiatric conditions like depression or relieved eye pressure in patients with glaucoma–all conditions that can qualify people for medical marijuana under state laws.

WEED BEHIND THE WHEEL

The spread of legalization has raised an attendant question: Can adults drive safely after using? A study from the National Institute on Drug Abuse offers new data on marijuana’s impact on driving performance. Researchers tested drivers after 10 minutes of drinking and 10 minutes of inhaling pot. Observing the level of their driving impairment, they found that drivers with a blood concentration of THC of 13.1 µg/L showed a level of weaving similar to drivers with a breath-alcohol concentration of 0.08%–the legal limit in most states. Another finding: while alcohol increased the number of times a car left its lane and the speed of weaving, marijuana did not. 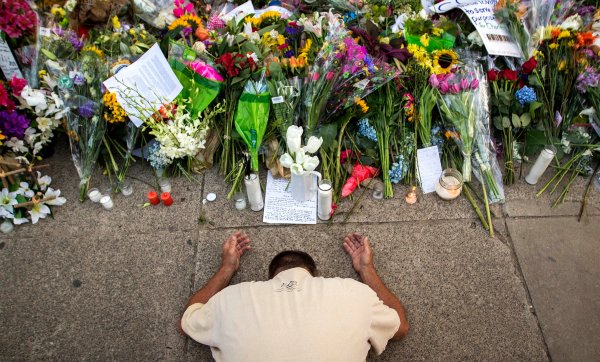 Debating the Confederate Flag
Next Up: Editor's Pick