A man kneels in prayer in front of a memorial at the Emanuel AME Church before a service on June 21.
Stephen B. Morton—AP
By David Von Drehle

In the aftermath of the massacre at one of Charleston’s oldest black churches, South Carolina Governor Nikki Haley declared of the Confederate battle flag that flutters outside the statehouse, “It’s time to move the flag from the capitol grounds.” Her words were echoed by leaders who once defended a symbol that has electrified Southern politics for decades. Republican U.S. Senator Lindsey Graham, Representative Mark Sanford, state GOP chairman Matt Moore and many others have decided the moment has arrived to stow the gauzy language of “heritage” and acknowledge the hateful baggage of the star-spangled X on the blood red field. Walmart, with its finely tuned finger on the pulse of Middle America, announced that it would no longer sell battle-flag-emblazoned merchandise; Amazon and other major retailers quickly followed.

Governor Haley and the others have the right idea. Though many Americans sport the X via truck decal, T-shirt or beer cozy without any racist intentions, the flag is also a go-to symbol for white supremacists and has been for a very long time. A century before accused Charleston gunman Dylann Roof illustrated his racist manifesto with flag-decked photos, the banner flew over meetings of the Ku Klux Klan. It was the insignia of Strom Thurmond’s 1948 pro-segregation presidential crusade. A guest of honor waved it from the dais behind George Wallace as the Alabama governor declared in 1963, “Segregation now, segregation tomorrow and segregation forever!”

What Haley got wrong was the calendar. The time to move the flag was way back in 1962, during the administration of Governor Ernest “Fritz” Hollings, a Democrat, when it was first flown on the statehouse flagpole during the hot days of the civil rights movement. The self-defeating nostalgia of the Jim Crow South was a mistake from the start.

That most perceptive observer of American society, Alexis de Tocqueville, noted even before the Civil War that slavery and the doctrine of white supremacy were an impediment to development in the slave states. Traveling in the Ohio River Valley during the 1830s, he contrasted the rapid growth of the state of Ohio with the lagging economy of nearby Kentucky. “These differences cannot be attributed to any other cause but slavery. It degrades the black population and enervates the white,” Tocqueville concluded. “Slavery threatens the future of those who maintain it, and it ruins the state.”

What people ever embraced a catastrophic addiction with more romantic justifications? Gone With the Wind remains among the most successful films in Hollywood history. For millions of Americans, the Confederate flag has represented an imaginary time when all men were gallant, all ladies were plucky and all slaves were cheerful–before the serpent of modernity slipped into the Eden of the South. This fiction enabled Jim Crow: a systematic decision to hinder the advancement of a huge share of the Southern population. Rather than recover from the war, the South wallowed in it. By some measures, the states of the Confederacy required more than 100 years–and the forced end of segregation–to regain the economic ground lost in the disastrous attempt to break up the United States and form an independent empire for slavery.

Those Southerners who now look with wise eyes at the gleaming office towers of Dallas, Atlanta, Charlotte and northern Virginia; who ponder the youthful vibrancy of Austin, Nashville and Miami; who count the tourist dollars spent in Orlando or the cars built in Spring Hill, Tenn., Greenville, S.C., and Vance, Ala., realize that none of this was possible until forces of change finally drove old Dixie down. Some say air-conditioning made the New South possible, but in fact it was the cool breeze of freedom.

With the tide turning against the flag, former U.S. Representative Ben Jones of Georgia, a Democrat who now speaks for the Sons of Confederate Veterans, begged to preserve it as a symbol of honorable forebears who fought for home, not hate. He rightly noted that slavery lined pockets in the North as well as the South.

Yet family runs in both directions, and sons of the Confederacy are also fathers of tomorrow’s South. And tomorrow has no need for a battle flag because the war is over. 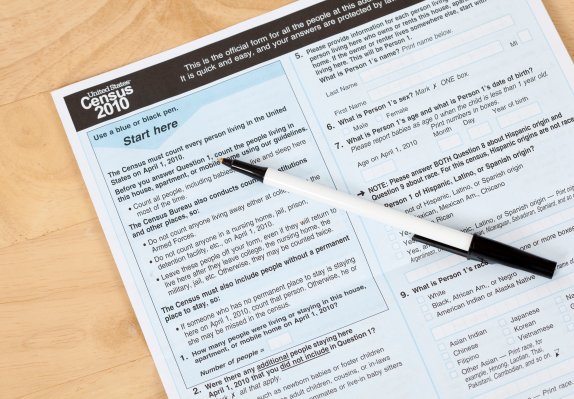 U.S. Steps Closer to Future Where Minorities Are Majority
Next Up: Editor's Pick