Girls Can Tackle Football, Too

Are there any girls here who want to play football? That’s the question Sam Gordon, the 12-year-old whose highlight video, in which she zips past boys for multiple touchdowns, went viral in 2012, asked at a school assembly earlier this year. Dozens of hands went up. So Gordon’s dad helped organize the Utah Girls Tackle Football League (UGTFL), the first known full-contact all-girls league in the U.S. Some 50 fifth- and sixth-graders took part in the just-ended four-week season. “I want to help start leagues all over the country,” says Gordon.

It’s not the easiest time to spread the game’s gospel. While America may love watching football, the risks of playing it have never been clearer. As researchers continue to find links between high-impact collisions and brain trauma, is it really a wise idea for parents to strap helmets on their daughters? Especially when playing could be more dangerous for girls, who have higher concussion rates than boys in sports like soccer and basketball? “I suspect that the incidence rate would be higher for female football players,” says Micky Collins, director of the Sports Medicine Concussion Program at the University of Pittsburgh Medical Center. (Researchers have not studied those rates since so few young women play football.)

But letting girls in the end zone isn’t about mitigating risk. It’s about ensuring equality. Girls can face off in hockey and box in the ring. Why can’t they tackle one another? “All opportunities available to boys should be available to girls,” says Marjorie Snyder of the Women’s Sports Foundation. Indeed, the antiquated gender norms that encouraged girls to cheer from the sidelines haven’t exactly kept them safe. According to a 2012 report from the American Academy of Pediatrics, cheerleading accounted for 66% of all catastrophic injuries in female high school athletes over the previous 25 years.

The demand is there. In Utah, league officials say the trial run was a success, with no serious injuries and enough interest that they plan to add more teams and age ranges next season. USA Football says it’s received about a dozen inquiries about starting girls leagues since the UGTFL kicked off. And while very few girls play high school football, their participation is up 38% since 2007. “I think football is a viable concept for girls, as long as it’s managed the right way and there’s proper clinical oversight,” says Collins, who is open to letting his own daughters play. Perhaps Gordon really will be her sport’s Johnny Appleseed. 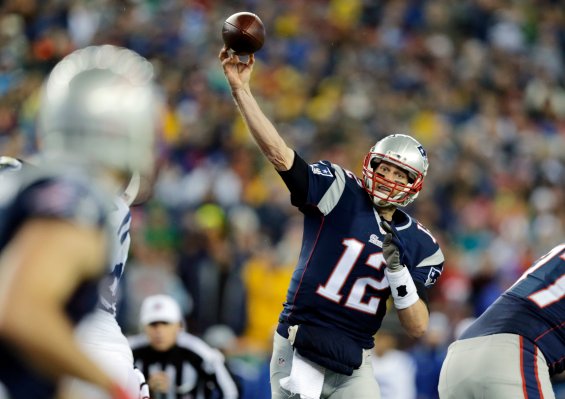 A Deflategate Football Is Going Up for Auction
Next Up: Editor's Pick