The Art of Turning Data Into Answers

My colleagues and I spend our days asking questions and turning answers into more questions. But they are usually not on the order of “What does space smell like?” or “Is world peace even possible?” Which is how we’ve come to create our second annual Answers issue, in which we unleash assistant managing editor Matt Vella and a team of graphic designers, data visualizers, number crunchers and assorted obsessives to explore everything we never knew we needed to know.

In his opening essay, Lev Grossman argues that as we gain access to ever greater troves of information, it becomes harder and harder to find the meaning within the mass. Never before has there been such a need for the graphic artists who can help us look at data differently, who turn research into revelation. Our team of Emily Barone, Kelly Conniff, Allison Duda, Heather Jones, Jack Linshi, Marie Tobias and Lon Tweeten have been assembling this collection for months. When they finished, they even polled themselves about what they learned and whether they liked it (page 42).

If you love this kind of storytelling, we have also just launched our digital TIME Labs project (labs.time.com), a site created by interactive-graphics editor Chris Wilson to showcase our data journalism. Chris’ stories for TIME.com have consistently ranked among our most popular, including “America’s Mood Map,” which allowed readers to explore how their personalities aligned with others in different parts of the country. Visit TIME Labs for our sleep calculator, which lets you compare your slumber habits with those of 10,000 Americans surveyed by health-tracking company Withings. Our interactive map lets you “watch” America wake up and go to bed. New York is turning in the latest, at 11:54 p.m. Colorado rises first, at 7:07 a.m.

HOW SAFE AM I FROM A NATURAL DISASTER?

The map above shows how vulnerable each U.S. county is to the risk of natural disaster. It’s produced by data, which is not often seen as the most exciting thing in the world. For many of us, the word data conjures up spreadsheets, scientific papers and debates about government surveillance. For the new TIME Labs, data means any sort of human artifact that can be represented quantitatively and analyzed by a computer. A Census record of the number of Iranian Americans living in each state is data, but so are the transcripts of The Big Bang Theory, the color values of each pixel in the Mona Lisa and the chord changes in every song Neil Young ever wrote. See more at labs.time.com.

When chef Wylie Dufresne opened wd-50 on New York City’s Lower East Side in 2003, critics were baffled by such modernist culinary inventions as root-beer pudding and noodles made from meat. Over time, Dufresne won critical acclaim and high-profile fans–and changed the way many people see food. But his influential restaurant also helped drive up rent in its once gritty neighborhood, and last year it was forced to close. TIME’s video team was on hand to film the iconic restaurant’s last supper. Watch the short documentary at time.com/wd-50. 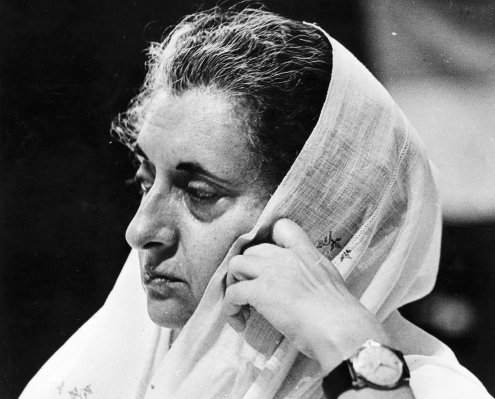 What TIME Said About India's Emergency 40 Years Ago
Next Up: Editor's Pick