A mother and her baby have miraculously been found alive five days after their plane crashed in thick jungle in northwestern Colombia.

Nelly Murillo, 18, and her 1-year-old son were discovered Wednesday not far from where the twin-engine Cessna plane had crashed near Quibdo in Choco province, reports the BBC. The cause of the crash is not yet known.

“It’s a miracle,” Colonel Héctor Carrascal of the Colombian air force told Agence France-Presse. “It is a very wild area and it was a catastrophic accident.”

According to the Colombian air force, Murillo suffered only minor injuries and burns and the baby was unharmed. The two were airlifted to a hospital in Quibdo.

“His mother’s spirit must have given him strength to survive,” said Carrascal of the infant.

Rescuers discovered the plane Monday with the body of the pilot, Captain Carlos Mario Ceballos, inside the cockpit. 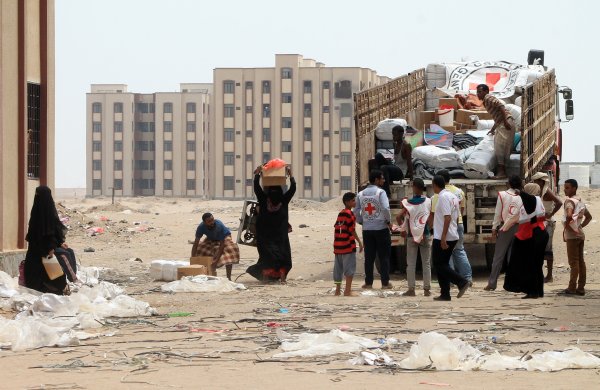 21 Million People Now in Urgent Need of Aid in Yemen
Next Up: Editor's Pick