Vancouver Votes to Regulate Marijuana Stores, but Canada's Government Isn't Happy About It

Visitors walk past a flag similiar to the Canadian one but showing a cannabis plant instead of a maple leaf at a store in Eastside Vancouver during the Vancouver Winter Olympics on February 22, 2010
MARK RALSTON—AFP/Getty Images
By Joanna Plucinska

Vancouver’s city council has voted to regulate the city’s many marijuana shops, becoming the first Canadian city to take the step, the Guardian reports.

Marijuana is illegal in Canada, but access to medical marijuana is not for those with a prescription. That allows Vancouver’s many pot shops — some say they outnumber Starbucks outlets in the city — to offer weed in a pseudo-medical manner, often with naturopaths on the premises available for consultation.

Municipal authorities in Vancouver will now impose zoning controls and license fees in a bid to get a handle on the trade. The city’s police force is also tolerant, claiming that cracking down on the stores has not been a priority.

Canada’s conservative government has voiced its displeasure, however. Federal Health Minister Rona Ambrose has ordered the council to vote down the policy and the police to enforce the law.

Geoff Plant, the former attorney general of British Columbia, told the Guardian that the federal government was “increasingly out of touch.” He said, “They are stuck in a ‘reefer madness’, non-evidence-based position.”

There is heated debate surrounding marijuana legalization in Canada in the lead-up to October’s federal election. According to the CBC, British Columbia has the highest support for legalization in the country, at around 46%. 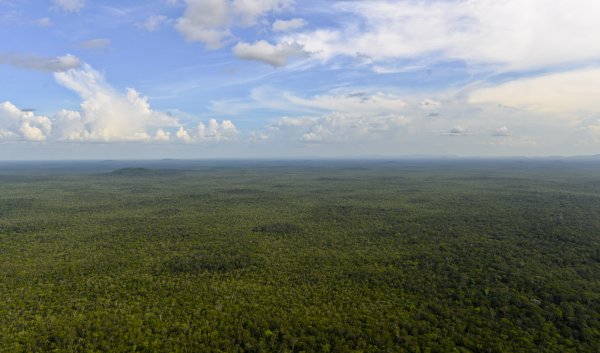 This Mother and Baby Survived a Plane Crash and Five Days Lost in the Colombian Jungle
Next Up: Editor's Pick