Remember Linkin Park? The nu-metal band rose to popularity in the late 1990s/early 2000s with the album Meteora and, arguably, peaked in fame with a Jay Z collaboration of mashup tracks, Collision Course. In its heyday, MTV2 even crowned Linkin Park the sixth-best band of the music video era.

Since then, Linkin Park has turned to creative business efforts to keep the money flowing. It opened up an “innovation company” in 1999 called Machine Shop, and now, 16 years later, the band’s newest project is a venture capital firm.

Kiel Berry, the band’s executive vice president of Machine Shop, laid out the thinking in an extensive blog post this week at the Harvard Business Review. Why there? Linkin Park worked with a Harvard Business School professor, Anita Elberse, and some of her students, on a semester-long independent study to identify new avenues for innovation and revenue. (Imagine listing that on your transcript: Independent Study on the Business of Linkin Park.)

Berry writes that the band and HBS folks examined everything from how well the rapper Tyler, The Creator (cofounder of the hip-hop group Odd Future) sells merchandise, to Jay Z’s extensive business ventures, to the tech investing of the actor Jared Leto. They looked at Beats Music, Vice Media, and even the expansion of Red Bull. Any noteworthy music artist’s business strategy that you can name, any entertainment brand’s unique efforts, they appear to have considered. The team also looked at “niche creative studios… that have gained currency among the Fortune 500.”

What they came up with was a series of imperatives (“build a differentiated brand ecosystem that partners want to buy into; diversify revenue streams across multiple business verticals to mitigate financial risk; partner with a broader community or network of global influencers”) for the band, and Machine Shop, to employ. It all sounds pretty wonky for a screaming rock band, but the final result was simple: the band restructured Machine Shop from an agency model to one that will focus on videos, partnerships, merchandise, and venture capital.

Lest this all start to sound like a very non-rock band thing to do, Berry writes: “To be clear, we are still in the music business, but creating and selling music now plays more of a supporting role in our overall business mix.” 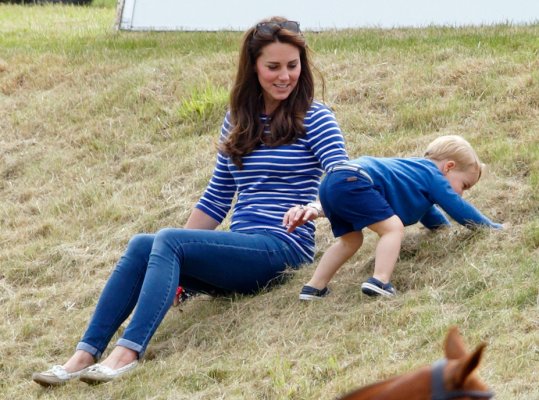 Crocs Are In Again, By (Prince) George!
Next Up: Editor's Pick