Only a Third of People Consider Their Diet Healthy, Study Says

In a recent U.K. study, only 34% of people said they consider themselves to have a healthy diet.

Although most people in the study didn’t view their diets as healthy, that figure is still 5% more than last year, according to the 2015 Grocery Eye survey, which was released this month by the market research company Future Thinking. The findings are based on data from more than 2,000 consumers.

Even though there’s been more attention paid to the high sugar content in foods and drinks, 56% of people who answered the survey said they haven’t changed their eating habits because of that information. The research also revealed that when consumers want to purchase healthy food, a third of them will look at the fat content. 22% look at the amount of sugar and 20% use calories as a reference.

Cost may also be a factor when it comes to adopting healthy eating habits, the research suggests. The survey shows that 65% of the consumers believed that eating healthy was more expensive than eating unhealthy and that 52% reported they would eat healthier if it was more affordable.

“There continues to be confusion as to what being healthy really means and what foods you should and shouldn’t eat,” Claudia Strauss, Managing Director of FMCG and Shopper at Future Thinking said in a statement. “Consumers are bombarded with extensive and often contradictory messages which are leaving them feeling unengaged and helpless. It is clear that sugar is the villain of the piece and will likely remain so for a while but quite how to respond to this news is not yet clear for consumers.” 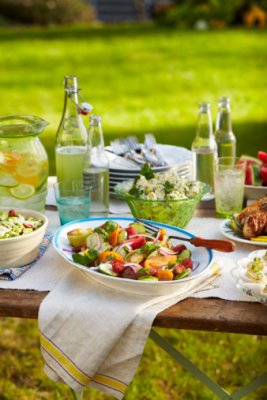 14 Most Dangerous Summer Foods
Next Up: Editor's Pick