Offering programs that allow injection drug users to receive clean needles in a bid to avoid reuse and sharing could be one way to combat HIV outbreaks like the one in rural Indiana, two researchers argue in a paper released Wednesday.

In a new commentary published in the New England Journal of Medicine, Dr. Chris Beyrer, a Johns Hopkins Bloomberg School of Public Health professor, and Steffanie Strathdee, director of the Institute of Global Health at the University of California, San Diego, argue that Congress should immediately lift a ban on federal funding for needle-exchange programs.

As of June 10, 169 people living in Scott County, Indiana, had been diagnosed with HIV and more than 80% of them also had hepatitis C. The spread was traced to residents dissolving prescription painkillers and then injecting themselves. As TIME reported in June, some of the residents injected themselves up to 20 times a day, often sharing needles with others to do so. The U.S. Centers for Disease Control and Prevention even reported instances of three generations of family members passing needles around.

“There are going to be more of these outbreaks and what’s urgently needed is a public health response before things get even worse,” Beyrer said in a statement. “Now is the time to implement needle and syringe exchange programs, wherever they are needed. We can’t put politics above public health. We have a cheap tool to prevent this.”

The authors note that buying syringes over the counter is illegal without a prescription in 25 states and that in places where needle-exchange programs are legal, organizers cannot use federal funds. Indiana Governor Mike Pence has opposed needle exchanges, but allowed for them as an exception in the affected region. Still, the authors write that many programs are only open until 6 p.m. and ask for a lot of personal information that may deter people from seeking them out.

As America’s drug-addiction problem has pushed deeper into rural white communities, the report’s authors argue, America’s approach needs to become more nimble. In addition to exchanges, other strategies like asking people about drug use during HIV screenings and considering the use of opioid replacement therapies could help the U.S. combat the growing health problem.

Read next: Why America Can’t Kick Its Painkiller Problem 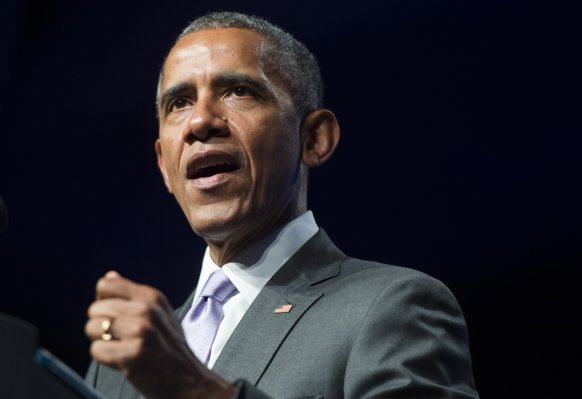 Obamacare Repeal Would Cost U.S. Hundreds of Billions
Next Up: Editor's Pick