6 Secret Tricks You Didn’t Know Your iPhone Could Do

A Woman checks the iPhone 6, on the day of its launch at the Apple Store Opera on September 19, 2014, in Paris, France.
Chesnot—Getty Images
By Victor Luckerson

The iPhone always seems to have a new trick up its sleeve. Tucked away in the device’s myriad menus, there’s probably a setting or two you’ve never played with that could make the device even more useful. That’s to say nothing of the numerous gesture-based controls Apple tucks away in its mobile operating system, many of which may not be readily apparent. Chances are you could be typing faster, taking better pictures and noticing more texts with these hidden wonders.

Here, we uncover six lesser-known iPhone tricks that you can use every day:

Pressing the volume-up button on Apple’s official headphones will snap a picture with the iPhone’s camera app. This is a useful trick if you’re setting up your phone on a tripod or want to ensure your shot is steady, as you won’t have to press a button on the screen to take a photo. You can also take a picture by hitting the volume buttons on the side of the iPhone itself.

Typed an error into a text or email? Simply shake the iPhone to bring up the option to Undo your last action. The gesture works in iMessage, Mail and other default apps, but developers can also implement the feature, so try it in all kinds of different apps.

There’s an easy way to automatically make your iPhone camera take better pictures. With the Camera app open, select HDR On at the top of the screen to take a high dynamic range picture. An HDR photo takes three pictures of a scene and combines the best parts of each to make an image that best captures what the human eye sees.

It’s especially useful for landscapes, pictures in sunlight and photos in low light. If you’re not sure when an HDR photo is appropriate, select HDR Auto at the top of the Camera app, and the iPhone will automatically determine when to use the feature.

If you want to receive a text from a friend, not reply for a while, but let her know you read it, read receipts are the feature for you. The iMessage function lets other iPhone users know exactly what time you read their texts, similar to how BlackBerry’s BBM worked. To enable the feature, go to Settings, scroll down to Messages and toggle on “Send Read Receipts.” Rumor has it that the upcoming iOS 9 will also let people tailor which friends receive read receipts and which don’t.

You can create custom text shortcuts for long words or phrases you often use, like an email address. In the Settings menu, select General, then select Keyboard, then Add New Shortcut. The first field will ask for the long phrase you want to use and the second field will ask for the shortcut you want to stand in for the longer phrase. After the shortcut has been saved, if you type it into iMessage and press the space bar, it will automatically transform into the longer phrase.

Sometimes a phone vibration or chime isn’t enough to alert you to a new text message. You can use the iPhone’s LED flash as another alert signal. Simply open the Settings menu, select General, Select Accessibility, then toggle LED Flash for Alerts on. 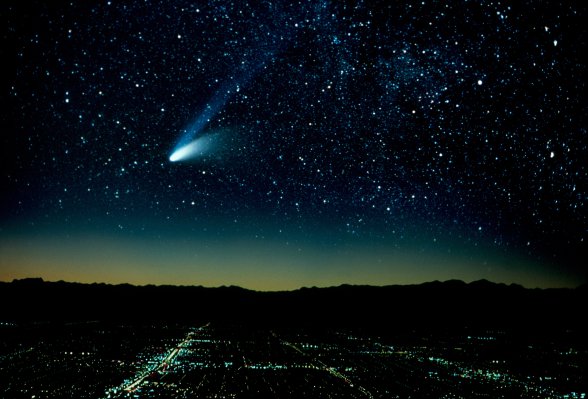 12 Must-Brings For Your Next Stargazing Trip
Next Up: Editor's Pick