U.S. Steps Closer to a Future Where Minorities Are the Majority

Minority births in the U.S. are far outpacing deaths as the white population remains all but stagnant, the U.S. Census Bureau reported Thursday, driving the country closer to the point at which minorities outnumber whites.

The country’s minority population increased from 32.9% of U.S. residents in 2004 to 37.9% in 2014, according to the Census, and four states — Hawaii, California, New Mexico and Texas — along with Washington, D.C., are now majority-minority. Nevada, which has 48.5% minority population, is likely next.

Non-Hispanic deaths outpaced births in 2014 for a third year in a row, something University of New Hampshire demographer Ken Johnson says has never happened before in the U.S.

“We expected to see non-Hispanic white natural decrease in the future, but it wasn’t expected to start for another decade or so,” Johnson says, adding that the recession and low fertility rates have contributed to the dip. “The white population is considerably older than any other part of the population. This means it has higher mortality. Fewer women are in their prime child-bearing years.”

The slowdown in white population increases is coupled with minority births that are outpacing deaths by three to one. An estimated 95% of the country’s population gain – a 2,360,000 increase – came from minorities last year, while whites made up almost 80% of deaths. However, the non-Hispanic white population did see a bump thanks to 155,000 immigrants, mostly from Europe. The population for whites grew by just 94,000.

“Ironically, non-Hispanic whites are now more dependent on immigration for population increase than any other group,” Johnson says.

Demographers predict that the U.S. will be majority-minority for the first time by the mid-2040s. Millennials, meanwhile, who number 83.1 million, have now surpassed Baby Boomers at 75.4 million and are the most diverse generation in history. But Census numbers show that the generation after them will be the first to be majority-minority. More than half of all Americans aged five years or younger are non-white. 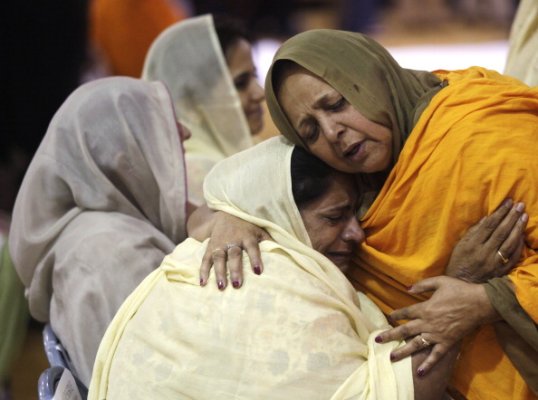