A Guide to the Supreme Court's Latest Obamacare Case

If you’re most Americans, you haven’t been paying attention to the Supreme Court’s upcoming decision on Obamacare.

A recent poll from the Henry J. Kaiser Family Foundation found that 72 percent of Americans had heard little or nothing about a lawsuit which could dramatically transform how the Affordable Care Act is implemented.

A decision in King v. Burwell could come as early as Thursday.

That means you probably have questions. Here are some answers.

Could the court decision end Obamacare?

No. Unlike the Supreme Court’s big 2012 decision on the law’s mandate that you buy health insurance, this case doesn’t have a big constitutional question at its heart. The only issue for the court is a narrow technical question about how the law was worded.

So, what is the court deciding?

The case revolves around whether people who live in states that use the federal Healthcare.gov website — and not their own state-run marketplace — can receive subsidies for their insurance costs. Conservatives who filed the suit say the law doesn’t allow that, while liberal defenders argue that section of the law was just poorly worded.

Who will the decision affect?

The Obama Administration estimates that 6.4 million Americans in 34 states would be at risk of losing the subsidies that made their insurance affordable if the Supreme Court rules against it. Other customers could also see higher prices if the decision adversely affects the insurance market in their state.

Which states would be affected?

What will the Administration do if the court rules against it?

The Administration says it has no “plan B.” Health and Human Services Secretary Sylvia Burwell, who is named in the case, has repeatedly argued that the President’s hands are tied. That means Obama will have to rely on Congress or the states to fix the problem.

What will Congress do?

It’s hard to say. Republicans control both the House and the Senate, and they’re generally opposed to the Affordable Care Act. But many GOP lawmakers think Congress will need to do something. One possibility would be to simply extend the subsidies through 2017, to allow a new — and possibly Republican — president come up with a long-term solution. But Republicans may also want some concessions from President Obama in exchange, such as ending the requirement that individuals buy health insurance. Obama is unlikely to sign a bill that chips away at major features of the law, however.

What happens if Congress doesn’t act?

The problem will fall to the states. Unlike Congress, there’s no simple fix. States would have to start the laborious process of creating their own insurance marketplaces or else find some workaround, like officially designating the federal Healthcare.gov site as their own or borrowing another state’s marketplace. It’s unclear at this point what the options may even be.

Do the states have a plan?

Most do not. Pennsylvania and Delaware have put together plans to create their own exchanges by next year, which would allow residents to continue getting subsidies. But with 26 of the 34 states led by Republican governors — many of whom are opposed to Obamacare — few states have been planning ahead.

What do the 2016 presidential candidates think should be done?

The Democratic presidential candidates will likely argue for Congress to pass a simple fix with no strings attached, although former Secretary of State Hillary Clinton has not said exactly what she would propose. The GOP field is divided, but several support some sort of transition period to extend the subsidies long enough to allow the next (possibly Republican) president to have the final say. That would make the future of the Affordable Care Act a major campaign issue for the fourth consecutive election.

Read Next: How Obamacare Has Impacted The Uninsured Rate 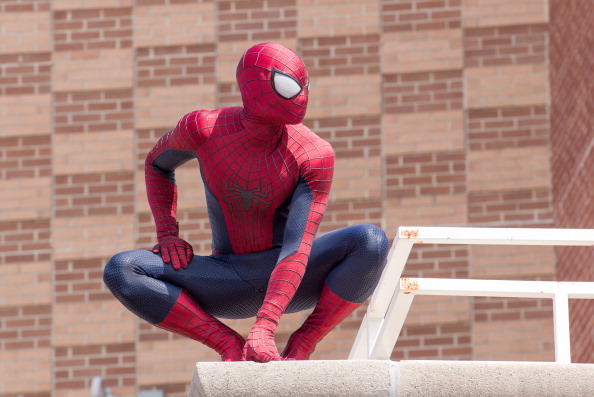 The Supreme Court Just Quoted Spider-Man
Next Up: Editor's Pick