A few years ago, an old-school video games arcade called Rusty Quarters in Minneapolis closed its doors for good. I knew about it through a local close friend, who’d regale me with tales of the place’s retro pleasures: Centipede, Frogger, Donkey Kong, Jr., Joust, Ms. Pac-Man — “Our childhood,” as one of the owners put it in a 2013 Indiegogo pitch to keep the biz afloat.

I never got a chance to visit Rusty Quarters before it shuttered, and I’ve long recognized that the days of plunking quarter (or tokens) into imposing cabinets housing tube screens with vector graphics and devoted system boards are mostly well behind us. But the L.A. Times has an interesting piece up Wednesday about a theater-related gaming push that could fulfill a related longterm (and as yet unfulfilled) dream I’ve nurtured for decades.

Imagine playing Minecraft on a movie screen. And not just you playing by yourself in a dim lit theater, but you alongside dozens of other players, collaborating in realtime by way of laptops operated from the comfort of cozy theater seats.

Despite the annual record-breaking revenue figures you hear trotted out when blockbusters like The Avengers 2 or Guardians of the Galaxy arrive, movie theater attendance has plummeted over the past decade, reports the Times. That’s partially why ticket and concession prices are going up. What else to do with all those warehouses of multistory screened cinematic entertainment, then? Supplement with video games, of course.

The Times reports that some theaters are turning to video games, among other non-movie events, to get more people in the building. On the gaming front, think League of Legends, a popular online real-time strategy game (and mega-popular e-sports entry) in which teams attempt to destroy each others’ bases and champions by deftly plying elaborate offensive and defensive tactics.

My dream was always to play a game like Super Mario 64 on a screen the size of a small building, but therein lies a paradox: some of the most amazing single-player experiences would by definition be too indulgent to justify, contradicting the financial imperative to fill up the house. But multiplayer experiences like Minecraft, or League of Legends? It sounds like the sky’s the limit, and if the concept fires the imagination of gamers attracted by the more immediately social, face-to-face, event-style experience of “theatergaming,” maybe even coming soon to a theater near you. 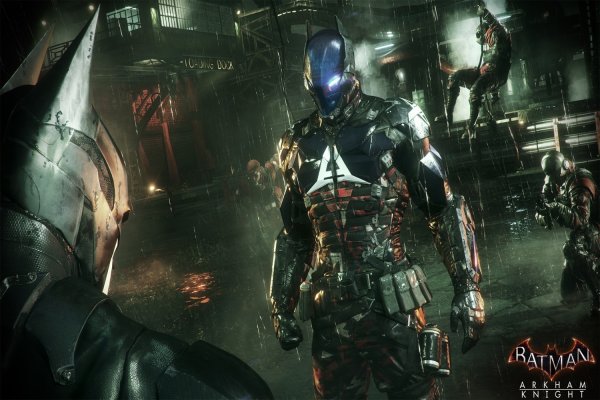 3 Tips to Actually Enjoy Batman: Arkham Knight on PC
Next Up: Editor's Pick