Dutch grocery chain Royal Ahold and Belgian grocery chain Delhaize have agreed to a merger. Based on the companies’ stock prices from closing time Tuesday, the combined corporation would have a market capitalization of $29.1 billion.

The two European retailers confirmed merger talks back in May, but now it is official. And this merger is an effort to be stronger in the States, where competition has been stiff. Hans D’Haese, an analyst with Degroof, told The Wall Street Journal the deal is a “defensive move.”

Ahold and Delhaize may not be household names to all American shoppers, but both of them make more than half their revenues in the U.S. Ahold, based in the Netherlands, operates the Stop & Shop and Giant chains, and online grocery store Peapod, while Belgium’s Delhaize owns the Food Lion and Hannaford banners, the Journal said.

The new company will be one of the top five biggest food chains in the U.S.

Ahold is the larger company, with some $33 billion in annual revenue to Delhaize’s $21 billion, and so Ahold is the de facto lead in the deal. It gets first billing in the new name, Ahold Delhaize, and it is Ahold’s CEO, Dick Boer, who will stay on as CEO of the new corporation.

The new entity, Ahold-Delhaize, is reminiscent of other food mega-mergers in the last decade, such as Anheuser-Busch InBev, Kraft Heinz, or MillerCoors. 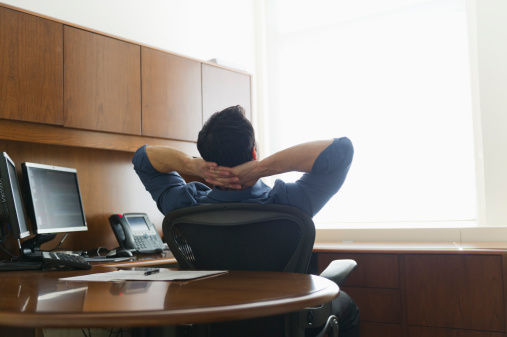 The Remarkable Power of Doing Absolutely Nothing
Next Up: Editor's Pick