Americans Throw Away $640 Worth of Food Each Year

Americans toss $640 worth of food each year, according to a survey released Wednesday.

Though more than half of Americans say they reuse leftovers for new meals, 76% of the 1,000 adults surveyed say they throw away leftovers at least once a month; 53% say they do so once a week, the American Chemistry Council found.

All that wasted food makes Americans unhappy, but for different reasons. An overwhelming majority (79%) say they’re bothered by the wasted money spent on thrown-out food, 45% say they’re bothered because other people in the world are hungry and 15% say they’re concerned about the environment. The EPA says food waste makes up 20% of landfill content and releases the greenhouse gas methane as it rots.

“For years we’ve been told to finish your plate, there are hungry people,” Steve Russell, vice president of plastics at ACC, told USA Today. “I just don’t think we’ve done a good enough job yet talking about the environmental impacts of food waste.” 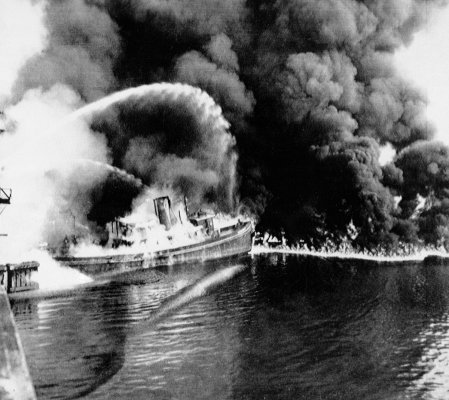 The Burning River That Sparked a Revolution
Next Up: Editor's Pick