Find Out the Palace's Official 'Allowance' for Kate, Prince William and Prince Harry

Prince Harry, Catherine, Duchess of Cambridge, and Prince William attend a commemoration for troops who were stationed in Afghanistan in London on March 13, 2015
Samir Hussein—WireImage
By Simon Perry / People

The palace shed a little light on the cost of running the official life of Prince William and Princess Kate Tuesday – and it’s Prince Charles who largely foots the bill.

The staff, travel and official wardrobes for William, Kate and Prince Harry are covered by Charles, who uses a fund totaling $4.6 million.

The future king, 66, pays for his official life by drawing an income from the Duchy of Cornwall, a massive estate given to the heir to the throne to fund his official and private livelihoods. That income in the year to March 31 was $31.1 million, a rise of 1.7 percent, his office at Clarence House says in its annual report out Tuesday.

The budget Charles sets aside for his sons to run their Kensington Palace office, including their official private secretaries and their press team, rose by a modest $60,000, largely accounted for by increased travel – something that has cost more across the board, a palace source suggests.

“We can’t identify how much of it is allocated to their office,” the palace source tells PEOPLE, adding that unlike in previous years, they are not breaking down specific costs, such as Kate’s amazing wardrobe. 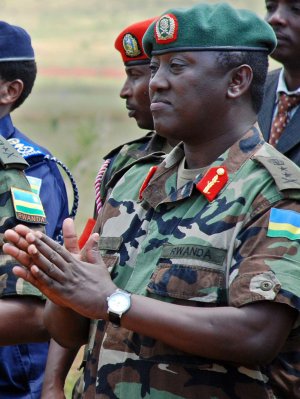 Why the Arrest of Rwanda's Intelligence Chief in the U.K. Is Causing Waves
Next Up: Editor's Pick