Three musicians were assaulted with knives in Sacramento on Sunday apparently because they were wearing skinny jeans in what has been classified as a hate crime.

Their attacker reportedly shouted homophobic slurs at the three band members because of what they were wearing, reports the Los Angeles Times.

Timothy Brownell, 25, was arrested on suspicion of assault with a deadly weapon and possessing a firearm but was released on bond. A warrant for his rearrest was issued Monday.

Alex Lyman and Weston Richmond are guitarists from local band Slaves, and Blake Abbey is the lead singer of Musical Charis. The three described the attack and posted photos of their injuries to social media.

“This man literally did all this cause we wear skinny jeans … What a jerk,” Richmond, who suffered a broken arm and minor cuts, wrote on Instagram.

Photos that Abbey posted to Facebook show two long gashes in his arm held together with stitches.

“The Sacramento police department has zero tolerance for these crimes,” police said in a statement. 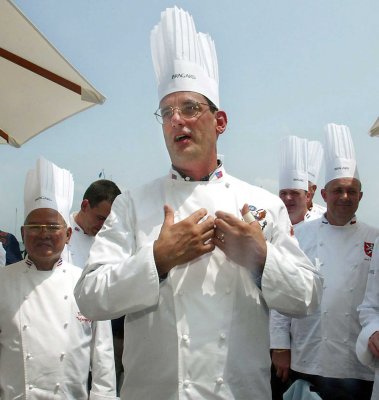