Here's Why Nobody Can Agree About Apple's Stock

Apple CEO Tim Cook speaks during an Apple announcement at the Yerba Buena Center for the Arts on October 22, 2013 in San Francisco, California.
Justin Sullivan—Getty Images
By Kevin Kelleher

Two years ago, things were looking bad for Apple investors. The stock had declined more than 40% from its peak in 2012, erasing nearly $300 billion from the company’s market cap. A debate emerged over whether the stock’s best days were over. The bears thought so. The bulls foresaw a rebound.

As we know now, the bulls were right – more right than they probably knew at the time. Apple’s stock has risen 116% in the past two years, or more than double the Nasdaq Composite’s 54% gain. But the bulk of those gains came in 2014 as the iPhone 6 sales exceeded expectations, especially in China, and as the company beefed up its dividend and buyback program.

For the past several months, though, Apple’s stock has been moving sideways — the stock peaked at $133.60 on February 24 and closed Monday at $127.61, or about 5% lower from that high point. This has ignited another burning debate between the Apple bulls and the Apple bears, who together are asking: are we headed for another Apple slump like the one that began in 2012?

Will iPhone 6 stay hot? Since its release last fall, Apple has sold 136 million iPhone 6 and iPhone 6 Plus units through the end of March. That exceeded even some of the most bullish forecasts. Will sales remain strong through the iPhone 6S (or whatever Apple calls it) release and until the iPhone 7 is unveiled?

Bears look at the trajectory of the iPhone 5 and 5s and think not. Doug Kass of Seabreeze Partners, a longtime Apple bear, argued that “we’re well through the last important upgrade cycle” for the iPhone. But Pacific Crest analyst Andy Hargreaves said Apple’s suppliers and component orders suggest demand will remain stable, with Apple selling 52 million iPhones this quarter. That’s less than last quarter, but more than many analysts are forecasting.

Is there meaningful growth beyond the iPhone? A broader debate concerns whether Apple is relying too much on one product (the iPhone) with cyclical sales. Bears argue that it is. They point to the 29% drop in iPad sales last quarter, the fact that Macs now make up less than 10% of Apple’s revenue, and the scant impact that Apple Music, Apple Pay and Apple TV are having on growth.

More bullish analysts argue Apple is finally gaining ground and diversifying away from a reliance on the iPhone. Some see Apple Music and Apple Pay as new efforts at platforms that could add materially to profits in coming years. Katy Huberty of Morgan Stanley believes these services could make up as much as 20% of Apple’s revenue by 2017, offering a non-cyclical stability to Apple’s income.

Will new product categories bring new growth? There’s also sharp disagreement here, starting with the Apple Watch. Apple has not released any sales data on the Watch, but research firm Slice Intelligence estimated that 2.79 million units have sold since the device launched in April, with 17% of shoppers buying more than one Watch band.

Some early users of the Watch have expressed disappointment, suggesting limited mainstream appeal for the product. Others see the Watch as a work in progress, with Apple able to eventually add new features like a camera. Apple has a history of releasing products that underwhelm at first before becoming must-have devices. Few loved the first iPod on its release, and some questioned the potential of the iPhone in 2007.

Is Apple’s stock expensive? Apple is trading at 15.8 times its earnings over the past four quarters. Bulls will tell you that’s cheaper than the 20.6 ratio for the S&P 500. Bears will remind you Apple is a hardware manufacturer and is expensive relative to its peers in that sector. Either way, it’s cheaper than it was in 2012.

At UBS, Steve Milunovich noted that in 2012 Apple’s PE was above that of the S&P 500. Today, it’s lower, likely because of concerns about a slowdown in iPhone sales. Another difference from 2012: Back then, many big funds were overweight Apple, leaving little appetite to buy more shares. Apple made up 4.9% of the S&P 500’s capitalization then, and 3.9% now. And the company is spending more on dividends and buybacks today than it was two or three years ago.

The common thread throughout these areas of disagreement is the amount of faith analysts have in Apple’s ability to reiterate and improve on its existing products. If the status quo today isn’t – or can’t be – changed, then Apple is in trouble. Apple has greatly improved the iPhone over the years. It’s had less luck keeping iPad sales strong. Other products have been slow to improve: Until Apple Music, iTunes had been slow to evolve. And a better Apple TV has been awaited for years.

Apple is often seen as the premier Silicon Valley stock – a single proxy for many of the hottest areas inside tech. The reality is, for all its success and its $730 billion market cap, Apple stock has hit many rough patches in its time. It may be entering one of them now. But the long-term history of Apple shows that it never pays to bet against Apple for too long. 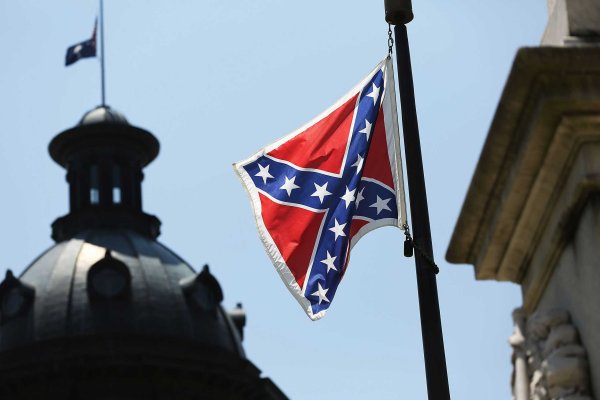