J.K. Rowling has recently received some criticism for releasing new stories about Harry Potter and the Wizarding World on her Twitter account and her fan site Pottermore. Some argue that the extra information about the series illustrates its shortcomings as a whole. Others say it takes away from readers’ imaginations for the story. I get it. Maybe we don’t need to be privy to her plans for Draco Malfoy’s 35th birthday. But many are forgetting that Rowling promised us just this when she announced Pottermore in 2011.

At first many fans weren’t so keen on the idea. Her biggest, most exciting revelation on the site didn’t come until 2014, when she posted a new story written as a gossip column from Rita Skeeter in the Daily Prophet straight from the Quidditch World Cup. We learned about a new scar for Harry, Ron’s thinning hair, and Luna Lovegood’s children. Fans freaked out, and the site crashed. I printed the story out and read it on my lunch break, a smile on my face as if I were 11 again, reading the books and drinking cream soda that I pretended was Butterbeer.

Some wonder if Rowling’s recent increase in new content could have something to do with the impending release of the film spinoff Fantastic Beasts and Where to Find Them, for which Rowling is writing the screenplay and has tweeted about regularly. Even if it is, who cares? She’s been knee-deep in the Wizarding World since she created it, now probably more since working on the screenplay, so why not let her have fun with it and bring us along for the ride?

Where she’s succeeded flawlessly, intentionally or not, is in giving fans like me who grew up with Harry something we can relate to as we get older. Now, as our Facebook accounts are flooded with baby pictures, the members of Dumbledore’s Army have their own children. We learn that Aunt Petunia didn’t want Lily Potter to be a bridesmaid at her wedding, right as many of us are dealing with wedding drama of our own. Rowling tweets to confirm LGBT wizards are welcome at Hogwarts just as the transgender movement takes center stage. She reveals that Hermione didn’t take her husband Ron’s last name right when some of us are considering doing the same. We learn that Rowling never understood the readers who romanticized Draco Malfoy, something we can associate with now that many of us, too, have dated the bad guys.

Of course we might have laughed at some of this or found it interesting at the time the books were released, but the fact that it arrives years later, like an unexpected letter delivered by owl, gives us more time to process and ponder the meaning Rowling put behind so many of her characters and themes.

John Green, the author of The Fault In Our Stars, has been quite vocal on leaving Fault where he left it in the book. Posting to Tumblr in 2014, he wrote: “I have never said anything about what might happen before or after what’s depicted in the book. I finished writing it, for better or for worse, and it now belongs to you.” I respect Green’s decision.

But Rowling hasn’t revealed imperative, plot-changing information since the release of the seventh novel, Deathly Hallows. Instead, she has given us the kind of thoughtful details that make the series that much more meaningful to her biggest fans.

At the premiere for the final film in the series, Rowling, alongside a teary Emma Watson, Rupert Grint and Daniel Radcliffe, said what all Harry Potter fans wanted to hear: “The stories we love best do live in us forever. Whether you come back by page or by the big screen, Hogwarts will always be there to welcome you home.”

And that’s why we all loved Hogwarts so much, isn’t it? Just as it was Harry’s place to escape the Dursleys, to find magic, to meet the friends who’d become his family, to discover his own power—both magical and mental—it was also ours to grow up with, to imagine, to question, to find our own selves. And even now, 18 years after the first book hit the shelves, Harry Potter isn’t going away.

The story still belongs to us. She’s revealing this information for us. And with it, she reels us back into the depths of our imaginations as she always did with each new book release. The fact that it’s causing a bit of trouble only means one thing: Mischief Managed. 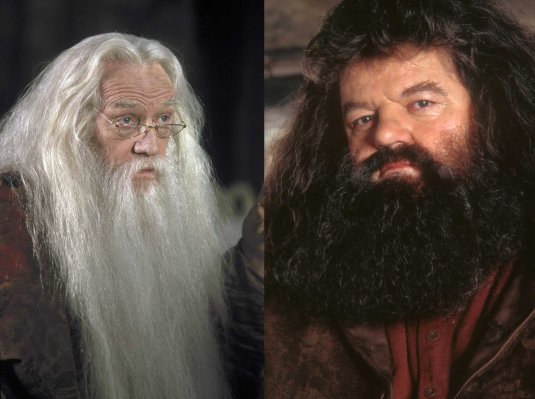 Here's What New Information J.K. Rowling Revealed on Pottermore
Next Up: Editor's Pick