Democrats Borrow From the Republican Playbook

The Senate leader faced a wall of press on the second floor of the Capitol, just outside the chamber, his face a mask of outrage: “They were going to try to stop the Senate in its tracks from passing bipartisan legislation until they got what they wanted…” he fumed.

Until January, this could have been virtually any Democrat, railing against Republicans taking the debt ceiling, the budget or any number of bills held hostage to extract budget cuts. But, the last five words Texas Republican John Cornyn uttered last Tuesday showed the complete turnaround: “…when it comes to spending.”

Now in the minority, Democrats have taken a page from the Republican playbook.

In their eight years in the minority, Republicans under the leadership of Mitch McConnell, developed a strategy of routine filibustering—requiring a supermajority of 60 votes—until they extracted concessions. This tactic was most evident in the debt ceiling negotiations, where Republicans in recent years demanded cuts equal to the amount the ceiling was raised. Now, Republicans are getting a taste of how frustrating such maneuvers can be for the party in power: Democrats are holding legislation hostage. Only they aren’t seeking to extract more cuts; they’re looking for more money.

Take the trade bill that cleared a major procedural vote 60-37 in the Senate Tuesday morning. House Minority Leader Nancy Pelosi tried last week to hold portions of this bill hostage to extract a more favorable highway trust fund deal, which is also pending before Congress. While that gambit failed, her Senate counterparts succeeded in using the trade measure, sought by many Republicans, to leverage concessions on steel protections and quick passage of a bill designed to help poor African countries gain better access to U.S. markets.

And trade is only the beginning. The bill Cornyn was referring to with such apoplexy last week was the National Defense Authorization Act, which organizes and oversees the Pentagon annually. Republicans inserted into that bill a clause that would enable them to restore military cuts from the sequester, painful across the board spending cuts that are a legacy of one of the GOP’s hostage episodes in 2011. Democrats last week allowed the NDAA to pass, but they are holding hostage the funding in all 13 of the annual appropriations bills until Republicans agree to either leave the Pentagon cuts in place or allow equal increases in entitlement spending as was originally envisioned in the 2011 deal. If Republicans don’t find a way to satisfy Democratic demands, the government will shut down again come the end of September.

And then in October, we have an oldie but goodie: the debt ceiling. Though Senate Democratic leadership has said they want a clean extension, some Democrats are already dreaming up what they’d like to see funded in order to allow that one through. Some candidates: the highway trust fund, if that can gets kicked down the road again, and No Child Left Behind reauthorization.

As Bishop Robert Sanderson once told British King Charles I in the 1630’s, “Whosoever thou art that dost another wrong, do but turn the tables: imagine thy neighbour were now playing a game, and thou his.” A young Sir Isaac Newton studied Sanderson at Cambridge; Washington could only hope that some logic may yet emerge from the bitter experience of turning the Senate’s chess table. 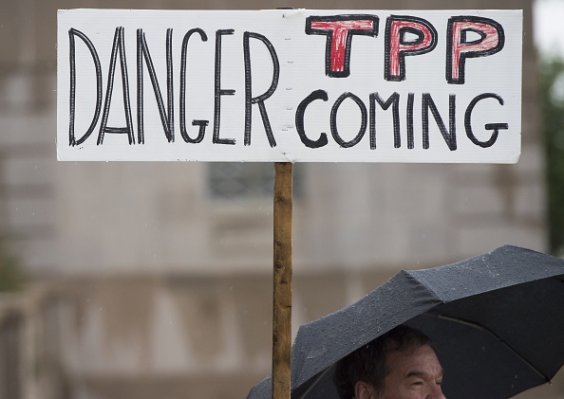 House Democrats Could Regret Trade Vote in 2016
Next Up: Editor's Pick