It’s been quite a while since Harry Potter fans have seen new content from J.K. Rowling, even though she regularly posts to Twitter about Wizarding World happenings. On Tuesday, Rowling’s fansite Pottermore unveiled new, interactive sections of Deathly Hallows, the final Potter book in the series, and with it, new background on the story.

June 23 marks the birthday of Dudley Dursley, Harry Potter’s unappreciative, overweight and very spoiled cousin — and this year he turns 35. So it’s no surprise Rowling took to Pottermore to post some background on Dudley’s parents, Vernon and Petunia, who “grudgingly” took in Harry after his parents were killed by Lord Voldemort.

But it’s not just Hallows content fans were privy to. Rowling gave insight into the backstory of Vernon and Petunia, including the origin of their names, both first and last, and their relationship to Harry’s parents James and Lily.

Rowling reveals that once Petunia and Vernon were engaged, Petunia’s only concern was what Vernon would make of her sister, who was in her final year at Hogwarts at the time. When the two couples first got together, Rowling writes that “Vernon tried to patronise James, asking what car he drove,” to which James “described his racing broom.” When James explained Gringotts, Vernon felt he was being made fun of and the evening ended with the Dursleys storming out of the restaurant.

Of course, the Wizarding World isn’t immune to wedding drama, either, as Rowling writes that “Petunia did not want Lily as a bridesmaid, because she was tired of being overshadowed” and she and Vernon didn’t go to Lily and James’ wedding. The last communication the couples had before Lily and James’ death was the announcement of Harry’s birth.

Rowling goes on to explain that Vernon’s dislike for Harry “stems in part, like Severus Snape’s, from Harry’s close resemblance to the father they both so disliked.”

The author touches on their names, writing that “‘Vernon’ is simply a name I never much cared for” while “Petunia” is a name she always “gave unpleasant characters in games of make believe” she played with her sister. And the name “Dursley” was “taken from the eponymous town in Gloucestershire,” which she writes is more about “the sound of the word… rather than any association with the place.”

Perhaps the biggest revelation in her new text is that Rowling wanted to see a nicer side of Aunt Petunia “when she said goodbye to Harry for the last time.” But she stuck to the true nature of Petunia’s character, having her “behave in a way that is most consistent with her thoughts and feelings throughout the previous seven books.”

In order to access the latest information on Pottermore, fans must first head to the Cupboard Under the Stairs, where the Dursleys kept Harry at number four, Privet Drive. As alohamora won’t work to unlock the new text, fans might want to look at the side table outside the cupboard first. 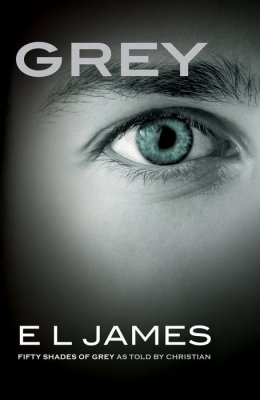 Grey Sold More Than 1 Million Copies in 4 Days
Next Up: Editor's Pick