Walmart Will No Longer Sell Products With the Confederate Flag

The Confederate flag flies on the Capitol grounds after South Carolina Gov. Nikki Haley announced that she will call for the Confederate flag to be removed in Columbia, S.C., on June 22, 2015.
Joe Raedle—Getty Images
By Sarah Begley

Walmart said Monday it will no longer sell the Confederate flag or items emblazoned with its likeness in stores or online, a move that came in the hours after South Carolina’s governor called for the flag to come down on Statehouse grounds.

The nation’s largest retailer is removing Confederate flag-themed products from its stock, a spokesperson told CNN. “We never want to offend anyone with the products that we offer,” the spokesman, Brian Nick, said. “We have taken steps to remove all items promoting the confederate flag from our assortment—whether in our stores or on our web site.”

Governor Nikki Haley called on Monday afternoon for the Confederate flag to be removed from the Capitol grounds in Columbia, saying “it’s time to move the flag” in a news conference that came five days after nine people were shot to death at a historic black church in Charleston. The suspected gunman, a white 21-year-old named Dylann Roof, was arrested and charged last week in the killings.

“For many people in our state, the flag stands for traditions that are noble,” Haley said. “At the same time, for many others in South Carolina, the flag is a deeply offensive symbol of a brutally oppressive past.” The South Carolina legislature is expected to take action on the matter in the coming weeks. 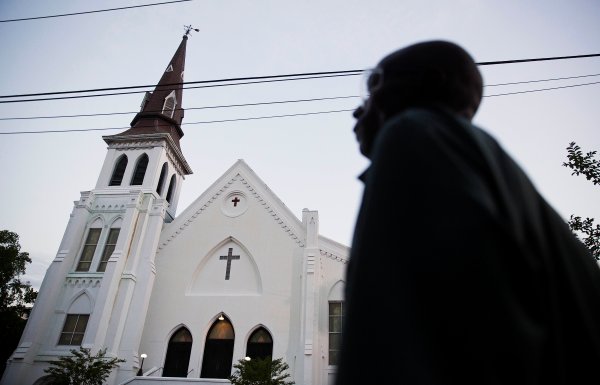 It's Media Terrorism to Deny Charleston Was About Race
Next Up: Editor's Pick