The Number of Uninsured Americans Continues to Drop

New federal data released Tuesday reveal that 36 million people in the United States were uninsured in 2014. That number marks a significant drop from the 48.6 million Americans without insurance in 2010, the year the Affordable Care Act was signed into law.

The new data from the CDC’s National Center for Health Statistics (NCHS) are based on interviews with 111,682 people. The findings show that the number of uninsured Americans of all ages dropped to 36 million in 2014 from 44.8 million in 2013. “That’s pretty sharp,” says study author Robin A. Cohen, a statistician at the NCHS.

“This is another set of data tracking what I think has become a pretty broad consensus that the Affordable Care Act is having a significant impact on reducing uninsurance,” says Sabrina Corlette, a senior research fellow and project director at the Center for Health Insurance Reforms at Georgetown University (who was not involved with the research.)

The findings estimate that 170.4 million Americans under age 65 were covered by private health insurance plans in 2014. Overall, 2.2% of Americans were covered via plans that were purchased through the Health Insurance Marketplace or state exchanges. Hawaii had the lowest percentage of uninsured individuals under age 65 in 2014, and Texas and Oklahoma had the highest rates of uninsured Americans in that year.

“If you look at the states with the greatest decrease in uninsurance rates, they are all Medicaid expansion states, and the states that continue to have pretty high rates of uninsurance have declined to expand Medicaid,” Corlette says.

Though the numbers show a significant decline in the number of Americans without health insurance, there’s still a lot of room for improvement, Corlette says. “[36 million people] is still a pretty hefty portion of the population,” she says. “It’s understandable that there is always going to be a certain segment of the population that doesn’t have insurance at a given point in time, but 36 million people is not where we need to be.” 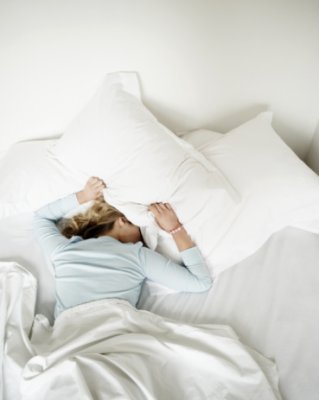 5 Sleep Problems Nobody Talks About
Next Up: Editor's Pick