White House Defends Obama's Use of the N Word in Interview

The White House stands by President Obama’s use of the N word in his interview on the WTF podcast released Monday.

Press secretary Josh Earnest told reporters the President does not regret using the word and its use was justified in the context of his response on American race relations with host Marc Maron.

While addressing last week’s massacre in Charleston, S.C., during the interview, Obama said the ugly racial hatred that has existed throughout American history persists, despite the progress we’ve made as a nation.

Earnest spent a significant portion of Monday’s press briefing responding to questions about the President’s use of the word: Why did he do it? Did he know it would be provocative? Did he set out to use it before participating in the interview?

Earnest said there was no decision going into the interview on whether or not Obama would say the word, which he can also be heard uttering in the audiobook of his memoir Dreams From My Father.

Earnest also said that while it’s “understandably notable” that the President used this word — which is increasingly apparent in the amount of attention that this slither of the interview has garnered — the overarching point he was making was one he’s made repeatedly in the past.

“The argument that the President has made in the context of this interview is consistent with arguments that he’s made in other settings,” Earnest said. 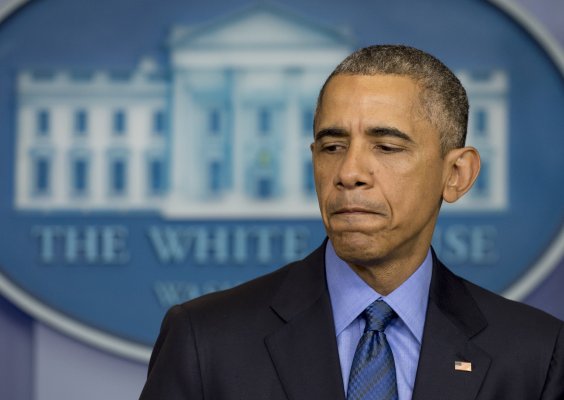 Obama Uses N-Word in Frank Interview About Race
Next Up: Editor's Pick