Here’s Why Marijuana Prices Appear to Be Dropping in Colorado

After about 18 months of legal recreational marijuana sales in Colorado, the market keeps getting bigger. And now a new survey shows that pot prices in Colorado are actually declining, even as the number of customers increases.

Over the past year, the price for 1/8th of an ounce of recreational pot dropped as much as 40% in Colorado, according to a report from global brokerage services company Convergex, which recently surveyed several marijuana dispensaries in the Centennial state. Convergex reports that the average price for 1/8th of an ounce dropped from between $50 and $70 last June to between $30 and $45 now. The price of a full ounce is now between $250 and $300 after selling for roughly $300 to $400 a year ago.

One reason the cost of getting high is getting lower is because of increased competition from new dispensaries and the expansion of growing facilities. The limited number of dispensaries allowed to sell recreational marijuana during much of the first year of legal sales were able to keep prices relatively high, but prices have come down as more and more entrepreneurs get dispensary licenses and enter the market. At the same time, the report by Nicholas Colas, Convergex’s chief market strategist, notes that “it is also a natural result for any maturing industry as dispensaries try to find the market’s equilibrium price.”

The report also notes that, while the number of customers dispensaries tend to see from day to day has remained fairly constant over the past year, the amount each customer spends is on the decline, with the diminishing novelty of legal recreational pot possibly resulting in an increase in restraint among customers.

Regardless, as the number of dispensaries grows and customer flow remains steady, the size of Colorado’s recreational pot market continues to grow. The Colorado Department of Revenue reported $4.39 million in taxes from recreational marijuana sales for the month of April, which suggests a total of $43.9 million in sales for that month (based on the 10% sales tax), representing a 98% increase year-over-year. Convergex forecasts a total of $480 million in revenue for 2015, which would be more than a 50% increase over 2014.

Meanwhile, the state’s sales totals could receive a sizable boost on Sept. 16, when Colorado Governor John Hickenlooper will institute a one-day repeal of the 10% sales tax for recreational pot sales. After that one-day tax holiday, the sales tax will be permanently downsized to 8% in a move meant to further squeeze out the state’s black market for the drug, which is still illegal on the federal level. 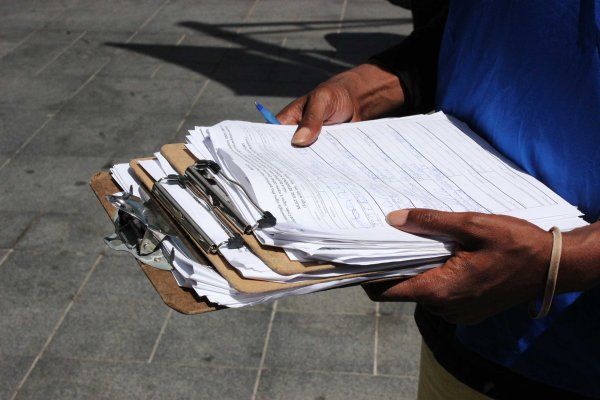 Ohio Ballot Measure Could Create a Marijuana Monopoly
Next Up: Editor's Pick