Why Jordan Spieth's U.S. Open Win Was Huge for Under Armour

Under Armour’s bet on golf phenom Jordan Spieth is looking like a very savvy investment indeed.

The 21-year-old golf prodigy won the U.S. Open over the weekend, his second major in a row in a victory that’s surely being celebrated by his athletic gear sponsor, Under Armour. Under Armour has backed Spieth since he turned professional, and even signed a 10-year sponsorship extension earlier this year for an undisclosed amount of money.

Spieth isn’t the only Under Armour athlete with big wins recently. NBA Point guard Stephen Curry, also an Under Armour athlete, took home his league’s championship with the Golden State Warriors — and brought his young daughter along to press conferences for some adorable antics. And ballerina Misty Copeland, who appeared in a widely watched Under Armour ad last year, is reportedly poised for a key promotion with the American Ballet Theatre.

But Spieth’s dominance on the green is particularly exciting. Last month, Under Armour CEO Kevin Plank told investors that part of the athletic gear maker’s success is attributed to signing athletes like Spieth, at times inking deals well before athletes are proven professional stars. Under Armour’s stock is up about 1.5% at noon ET Monday.

“Knowing that we have Jordan Spieth as the face of Under Armour Golf into the future solidifies our presence in the category,” Plank said.

Sponsorships are costly to big apparel and footwear makers like Under Armour. The company’s marketing costs jumped to $333 million in 2014 from $246.5 million in 2013, primarily due to increased global sponsorship of professional teams and athletes. But Under Armour justifies those costs by saying the sponsorship of high-performing athletes and teams results in a sales windfall due to high exposure at live sporting events, ad campaigns, and as athletes appear on television and on magazine covers. 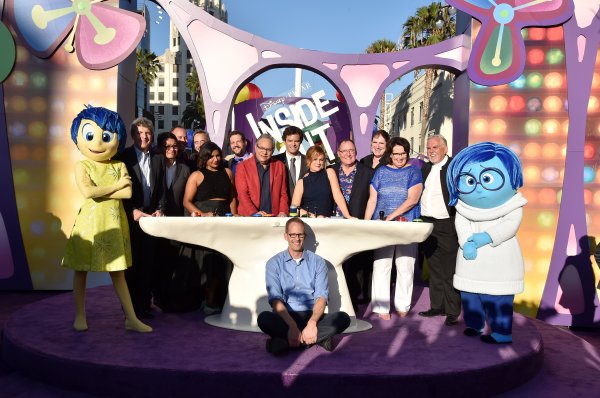 Pixar’s Inside Out Just Had a Record-breaking Weekend
Next Up: Editor's Pick