Lots of 25-year-olds write blog posts. One would have to imagine the incidence is even more pronounced among 25-year-old creative types, who have not yet been ground into submission by the machinery that makes the American culture industry levitate and whirr. It’s exceedingly rare that one of those blog posts accomplishes anything, except perhaps a phone call from a parent who wants the author to give law school another shot.

It’s exceedingly surprising, when the proper nouns are stripped away, that a 25-year-old’s blog post—on a Sunday—could compel Apple, the world’s most valuable company (by market cap), to change course later that day on an already-announced major consumer product, one that had presumably occasioned dozens of previous meetings and strategy sessions and chin-stroking over the product’s peculiarities.

But this is a story about Taylor Swift, who was already before Sunday the biggest thing going in popular music and is now manifesting herself as something even bigger, a singular commercial powerhouse with the strength and resolve to fight the continued devaluation of recorded music—and to get things done.

The brouhaha began when Apple announced on June 8 that it would launch its own streaming music service, one with the presumable aim of eating into the 60 million users Spotify says it has. Apple Music even announced its price as $9.99 per month, the same figure Spotify charges for its premium subscriptions.

Spotify has, after all, been the subject of intense criticism from artists and labels about its comparatively meager royalty payments. After Swift yanked her music off Spotify in November, her record label told TIME that over the prior 12 months it had been paid less than $500,000 for domestic streaming of Swift’s music, despite her status as one of the service’s most popular artists. (Spotify, for its part, said Swift’s payout for global streaming, including in the U.S., had been $2 million over that period.)

What Swift and others have reasoned is that any music service which offers a free, ad-supported option, as Spotify does, cannot offer them a worthwhile fee for their recordings. (Country singer Rosanne Cash said in September her songs were streamed 600,000 times over an 18-month period—and she received $104.)

Apple’s service has no such option. But its launch would come with three free trial months of service—months during which it would not compensate labels for the music it streamed. Hence Swift’s ire (and others’), and the singer’s Tumblr post, “To Apple, Love Taylor,” on Sunday morning. By nightfall, Eddy Cue, Apple’s media chief, had announced on Twitter that the company would reverse course and pay artists out of its own pocket (deep, incidentally, as the Marianas Trench, which makes you wonder why Apple didn’t think to pay in the first place). Cue told Billboard on Sunday, “When I woke up this morning and saw what Taylor had written, it really solidified that we needed to make a change.” He said he called Swift directly to tell her the news.

There’s a rich tradition of mass-media artists fighting the corporate interests in their workplaces, from the founding of Mary Pickford and Charlie Chaplin’s United Artists in 1919 all the way to Louis CK self-releasing standup specials in recent years. But even in that context Swift’s evangelism stands out. One imagines no other artist could mobilize a fan base like hers—nursed as it has been on free, on-demand content (whether music, video, or, yes, journalism) and accordingly addled—to pressure Apple. But there they were, earning their tribute, in Swift’s victory tweet early Monday morning: “I am elated and relieved. Thank you for your words of support today. They listened to us.”

Swift has benefited from a cultural change—many millennials are more sympathetic to corporations than their predecessors might have been. Her listeners came of age, prevailingly, in the era of free or cheap music—not one in which a teenager might have to shell out two to three weeks’ allowance to buy a CD with one or two worthwhile songs. Today, labels look to music fans like champions for beleaguered artists rather than uncreative conglomerates hellbent on ripping fans off. And her fans look to Apple as an artist-supporting American triumph capable of doing better, rather than, say, an income-tax dodger responsible for Foxconn.

Funny, or not-so-funny, enough, the Apple Music service and several music labels are under investigation by two state attorneys general for anticompetitive practices—namely, are they colluding to crush Spotify? Apple was in similar straits two years ago when a federal judge ruled that it had colluded with book publishers against Amazon to fix e-book prices; the company agreed last year to a $450 million settlement. (For whatever it’s worth: recent history delivers a withering critique of the businesses of content creation and distribution built prior to the great digital disruption. That is, if the only way to restore their past margins is to run afoul of regulators.) Whatever happens, Apple will be fine and Taylor Swift will be fine. The class imperiled, as it has been since the music industry began to shrink, is (as Swift put it) ” the new artist or band … the young songwriter … the producer who works tirelessly,” not to mention the rank-and-file at the record label.

Swift has cast her lot with them, and she has cajoled Apple into taking baby steps toward the same, which is a feat. Swift is not only the sole artist who can make a mass audience pay full freight today for its listening choices; she’s the only one who can make it feel altruistic while doing so. That’s big. She has distinguished herself as a leader, even if she has yet to broaden her aperture beyond areas of self-interest. I, for one, can’t wait until this young blogger finds out what’s happened to the journalism business. 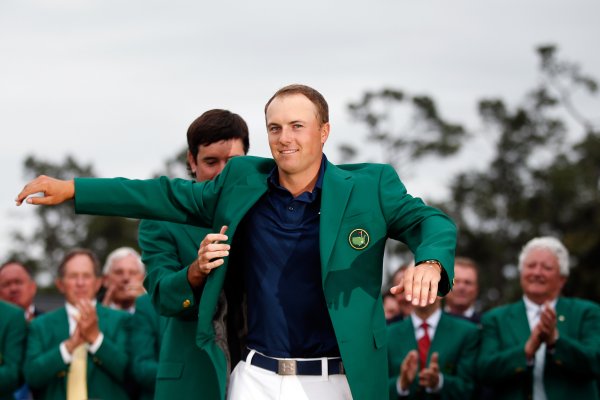 Why Jordan Spieth's U.S. Open Win Was Huge for Under Armour
Next Up: Editor's Pick