A Supreme Court justice cited an unusual source in a decision handed down Monday: Spider-Man.

With all eyes on the nation’s highest court over upcoming decisions gay marriage and Obamacare, the reference was a rare moment of levity from Justice Elena Kagan.

The reference came in her decision on Kimble v. Marvel, in which the court declined to overrule decades-old precedent that kept patent-holders from collecting royalties after a patent expires. In her opinion, Kagan noted the principle of stare decisis, which holds that court’s should hesitate to overturn their own precedents.

The quote comes not from a legal expert, of course, but from Uncle Ben, who is trying to guide a young Peter Parker to use his superpowers wisely in Amazing Fantasy No. 15, the comic which features the first appearance of Spider-Man. Supreme Court justices also have superpowers, but they come from a Senate confirmation vote, not a radioactive spider bite.

In her opinion, Kagan also quoted the 1967 Spider-Man TV show theme song: “The parties set no end date for royalties, apparently contemplating that they would continue for as long as kids want to imitate Spider-Man (by doing whatever a spider can).” 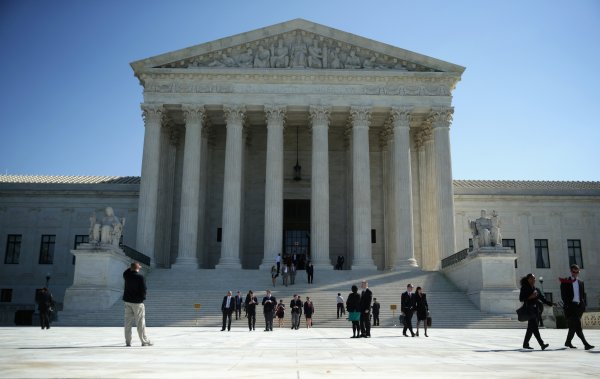 What the Supreme Court Didn't Say About Rap
Next Up: Editor's Pick