The 4 Biggest Mistakes You Can Make After a Career Setback

Nobody’s perfect, and plenty of us mess up at work — and it’s what you do after a cringe-inducing moment that impact if or how your career sustains permanent damage.

A Harvard Business Review study took a look at how more than 9,000 people responded to career disasters. Whether or not they managed to bounce back depended to a large degree on how they approached damage control. These are the most dangerous behaviors you need to avoid if you want to recover.

Blaming others. The study showed that people who constantly stewed over how others around them played a role in their professional belly-flop and didn’t take responsibility themselves had the toughest time recovering. Researchers working on the HBR study found that it’s especially bad to expend energy thinking about how you were wronged by colleagues; this kind of self-justification might make you feel better initially, but it almost guarantees that you won’t learn from your mistake — which is probably what your boss (as well as anyone else your mistake impacted) — wants to see.

Not being introspective. Ruminating about the role other people played isn’t the right way to get back on track, but trying to put your mistake behind you by just not thinking about it won’t help you, either. “The idea that you have to ‘work through’ your feelings after a setback might seem self-indulgent to some but it may be the most productive route forward,” the HBR article says. Self-reflection is a good way to think about what you could have done differently. If you can identify what habits or character traits might have contributed to your failure, you’re in a much better position to make changes that will prevent you from being back in the doghouse, so to speak.

Refusing to seek advice. Some people in the study made the mistake of not soliciting feedback from others or asking what they could have done differently. Yes, it probably won’t be easy to open yourself up for criticism, but other people invariably have a different perspective, and it’s entirely possible they’ll see something in the situation you overlooked or didn’t consider. The study results found that a significant number of people dealing with a career setback wanted to make positive changes but couldn’t figure out how or where to start. Silencing your ego and asking your colleagues for some constructive criticism can get you on that path.

Being inflexible. Adaptability is a good thing in practice, but a scary thing in real life, especially for people whose identities are wrapped up in their work, the researchers note. But they argue that the study shows it’s worth the effort. Opening yourself up to new ideas and new ways of doing things can be the catalyst that gets your career back in motion after an implosion. 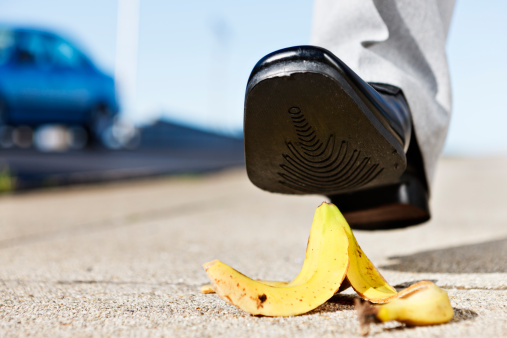