More Than Two Thirds of Americans Are Overweight or Obese

Most Americans are overweight, according to a new study looking at overweight and obesity rates in the United States.

In a report published in JAMA Internal Medicine, researchers from Washington University School of Medicine in St. Louis studied data from 2007 to 2012 of a nationally representative group of 15,208 people ages 25 or older.

“Our estimates are very close to CDC’s estimates, and there is clearly not a trend of decline on the prevalence of overweight and obesity in the United States,” says study author Lin Yang, a postdoc researcher at Division of Public Health Sciences in the Department of Surgery in an email. “Thus, we strengthen the case for implementing policies and practices that span multiple sections and [are] designed to combat overweight and obesity. This will need a political will to support multi-level approaches through individual, health professional, community, environment and policy engagement to address this epidemic as a whole.”

The new data show Americans’ waistlines have continued to grow over the last 20 years, the study authors write. People who are overweight or obese are also at a greater risk of other chronic diseases like heart disease and type 2 diabetes. According to the CDC, the estimated yearly medical costs of obesity in the U.S. reached $147 billion in 2008, the latest data available.

The researchers conclude that interventions should prioritize healthy diet, physical activity and healthy social norms to get Americans back in shape. 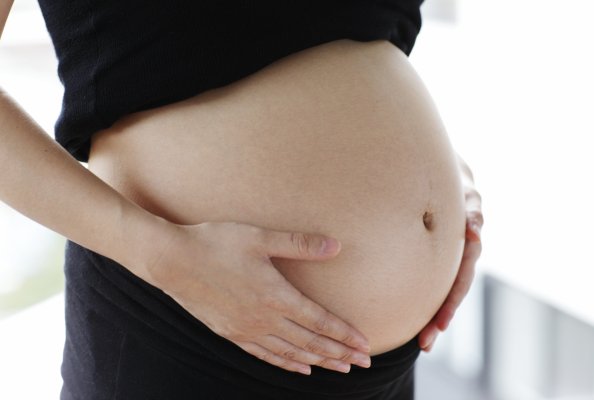 How Obese Moms May Wire Kids for Obesity
Next Up: Editor's Pick