One Factor That Kept the Women of 1960 Away From Birth Control Pills: Cost

The road to safe and effective birth control in the U.S. was long and winding — with more than a few bumps along the way. But 55 years ago today, June 23, 1960, marks the day when the birth control pill was first available for purchase in the U.S. for contraceptive purposes.

Previously, the Food and Drug Administration had approved hormone pills to treat menstrual disorders, such as irregular periods or PMS. But in May of 1960, the FDA had cleared Enovid, the trade name of an oral contraceptive by G.D. Searle and Company, and by June 23, “the Pill” — as oral contraceptives would soon be commonly known — was on the market.

And it was exactly what women had been waiting for. Because of the country’s squeamishness over birth control — anti-obscenity laws had prohibited even doctors from discussing contraceptives in the early 20th century — women had long been resorting to other, often unreliable and sometimes dangerous, methods to prevent pregnancy. Access to a dependable, safe form of birth control offered women a freedom that was previously unknown.

But there was initially one major downside to Enovid — the price. Taking stock of the Pill’s success, a little more than six months after it hit the market, TIME noted in February 1961 that:

In spite of the initial cost of the Pill, 400,000 women saw their doctors about getting a prescription that first year — even though $10 in 1960 was the equivalent, with inflation, of nearly $80 today. By 1963, after the price had dropped, the number of women had risen to 2.3 million.

Just three years later, in 1966, TIME summed up just how quickly and thoroughly American women had taken to oral contraceptives, writing, “No previous medical phenomenon has ever quite matched the headlong U.S. rush to use the oral contraceptives now universally known as ‘the pills.’” 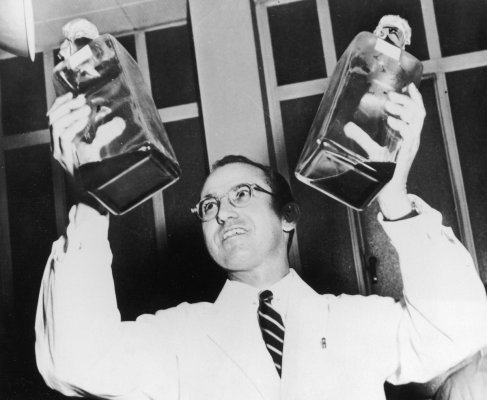 5 Things You May Not Know About Jonas Salk
Next Up: Editor's Pick