An Indian journalist was allegedly abducted and then burned to death by three men linked to an illegal sand-mining racket in the central Indian state of Madhya Pradesh over the weekend, the Press Trust of India news agency reports.

Sandeep Kothari, 40, who reported for local Hindi-language dailies in the region, is suspected to have been murdered because of his refusal to withdraw a court complaint against individuals involved in the mining racket, the police said.

“He wrote against and also lodged complaints against manganese and sand mafias and other high-and-mighty people involved in organized crimes,” Kishore Samrite, a former local lawmaker, told PTI, who added that Kothari’s actions had also led to him being falsely accused in as many as 12 criminal cases. “His family too was tormented by mafias.”

Kothari went missing on Friday, and police discovered his body near some railway tracks in the neighboring state of Maharashtra on Saturday night. Three men suspected of involvement in the mining racket have been arrested in connection with his death.

Earlier this month, a journalist in the northern Indian state of Uttar Pradesh was killed after being doused in gasoline and set on fire. The New York Times reports that before he died, Jagendra Singh told a police official that the attack was in response to his social-media posts linking a local politician to illegal activities, including a mining racket.

In another case in the same state, a journalist called Haider Khan, who had reported on illegal land grabs, was severely beaten by a group of men suspected to have been acting in response to one of his reports, the Hindustan Times reports.

According to the Committee to Protect Journalists (CPJ), “India has repeatedly failed to advance justice in the cases of journalists working for local print publications that have been slain in connection to their reporting on corruption, politics or crime.”

“The government of Akhilesh Yadav, the chief minister of Uttar Pradesh, must act decisively to bring to justice the perpetrators of the attack on Haider Khan,” Sumit Galhotra, a research associate with the CPJ’s Asia program, said in a statement. “Coming on the heels of the murder of another journalist in the same state, it’s essential that authorities send a message that such violence will not be tolerated.” 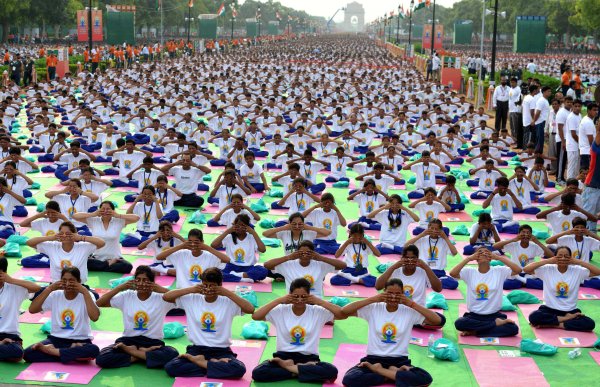 India Sets a Yoga Record
Next Up: Editor's Pick