Nearly 36,000 People Set a Record In India for the World's Biggest Yoga Session

The world unfurled its yoga mats on Sunday, with millions across the globe turning out to celebrate the first International Yoga Day.

People gathered in large numbers to practice the ancient physical and spiritual discipline, everywhere from New York City’s Times Square and the Eiffel Tower in Paris to locations in Afghanistan, South Korea, China and Kazakhstan. But no gathering was larger than the one in India’s capital New Delhi — a massive affair led by none other than Indian Prime Minister Narendra Modi, whose brainchild International Yoga Day was.

With 35,985 participants, the New Delhi event has been declared the largest yoga demonstration at a single venue, beating out the previous record of just under 30,000 set by Indian school students in 2005.

Modi surprised the crowd gathered at Rajpath — the main thoroughfare leading from India’s parliamentary building — by descending from the stage after addressing them and joining them in performing various yoga poses, the Press Trust of India reported.

Modi, a major proponent of yoga who practices it on a daily basis, thanked the U.N. and its 193 member nations for their unequivocal endorsement of his proposal to establish June 21 as International Yoga Day, which he hopes will herald a “new era of peace.”

Read next: 5 Things to Know About Modi’s Yoga Day Campaign 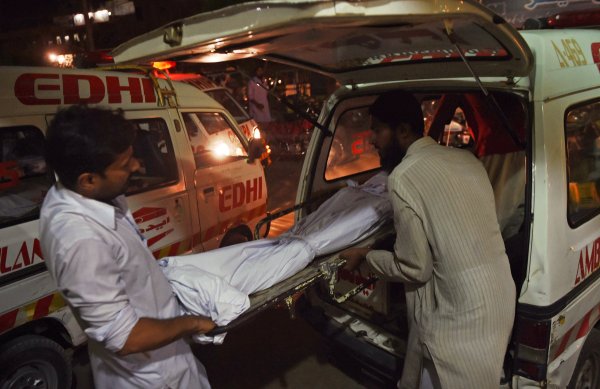 140 Dead in Pakistan Heat Wave
Next Up: Editor's Pick