“We hear you @taylorswift13 and indie artists,” Cue wrote on Twitter. “Love, Apple.”

On Sunday, Swift called out Apple in a widely circulated post that explained why her latest album, 1989, would not appear on Apple Music when it debuts on June 30.

“I find it to be shocking, disappointing, and completely unlike this historically progressive and generous company,” Swift wrote of the decision to not pay artists during the three-month free trial period (most streaming services offer one month free). “This is not about me. Thankfully I am on my fifth album and can support myself, my band, crew, and entire management team by playing live shows. This is about the new artist or band that has just released their first single and will not be paid for its success. This is about the young songwriter who just got his or her first cut and thought that the royalties from that would get them out of debt. This is about the producer who works tirelessly to innovate and create, just like the innovators and creators at Apple are pioneering in their field… but will not get paid for a quarter of a year’s worth of plays on his or her songs.”

In an interview with Billboard, Cue said it was Swift’s letter that spurred the company to make its decision. “When I woke up this morning and saw what Taylor had written, it really solidified that we needed a change,” Cue said. “And so that’s why we decide we will now pay artists during the trial period.”

“I am elated and relieved,” Swift wrote on Twitter after the news broke. “Thank you for your words of support today. They listened to us.”

Read next: Review: How Music Got Free 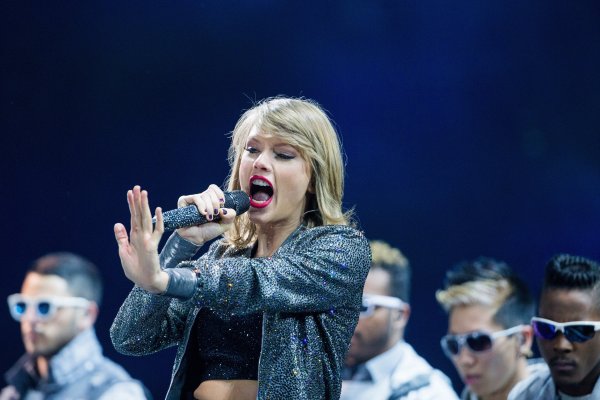