It’s a song that regularly makes people cry. It’s a song Tom Hanks called “perfect.” But it’s also a song that had the potential to rub a lot of people the wrong way. Greg Holden’s “Boys in the Street” is an emotional account of a father coming to accept his gay son, but over lunch in New York a few weeks before the premiere of its music video, Holden sounds a little nervous about how it will be received. “I think the radio folk want to push it quite fast,” he says. “I’m not really too keen on doing that. I don’t want to ram it down anyone’s throat. I don’t want to be announcing it from the rooftops: ‘This is my new single!’”

It’s easy to understand why. The song, which Holden says he wrote in just 20 minutes and which was instrumental in getting his record deal, could be the big breakout track from his album Chase the Sun. But Holden, who is straight, has seen how pop culture sometimes criticizes artists who write about LGBTQ acceptance. Some critics said Macklemore and Ryan Lewis’ advocacy on “Same Love”—it was the first song in Top 40 to explicitly endorse marriage equality—crossed the line into self-appointed spokesmanship; detractors felt that it took an oversimplified, even condescending approach to issues of sexuality and race. And Lady Gaga, even though she identifies as bisexual, faced backlash for her 2011 song “Born This Way,” which many dismissed as pandering.

“Sometimes people can use the message,” says Holden, who heard from a fan who said “Boys in the Street” helped him through a period of suicidal thoughts. “My concern with the song is people might hear it and think, ‘Well, what does he know?’ I didn’t want it to just be advertising for Greg Holden. If it’s going to have a message, it has to follow through all the way.”

Holden wrote “Boys in the Street” after Kristin Russo and Dannielle Owens-Reid, the co-founders of Everyone Is Gay, an organization that supports LGBTQ youth, asked him to contribute to their 2014 fundraiser compilation, The Gayest Compilation Ever Made II. There were no instructions, only that the song touch upon sexuality or gender identity in some way. “I have all these musicians who are close to me who have told me, ‘I want to stand up for equality but I’m afraid my audience will turn around and say, ‘You can’t talk about that stuff because you aren’t queer,’’” Russo says. “It’s a really fine line, and for Greg, he’s a really respectful and very aware person, and that makes all the difference when you’re tackling a project or topic like this.”

Here’s what Holden did right:

Write what you know
Much of the song was inspired by Holden’s relationship with his stepfather. “He was constantly telling me that I wasn’t going to achieve anything and would never amount to anything,” he says. “It was easy for me to say those things—it was coming from a genuine point of respect.”

“I don’t think he was trying to tell a story that he didn’t know about,” Russo adds. “What works is that those emotions that he was feeling are very similar to the emotions that somebody feels when they are coming from a place of, ‘I’m gay, I’m queer, I’m trans, and I don’t want to tell my father because my father disapproves.’”

But still do your homework
Having knowledge about the community you’re writing about is paramount, says Russo, who is married to singer-songwriter Jenny Owen Youngs. “[When Youngs] has written songs about historic events and things like that, she doesn’t think, ‘I kind of know what happened, I’m going to write a song about it,’” she says. “She spends time learning and gathering information.”

Russo says it’s the same lesson that guided the production of Amazon’s original series Transparent, which extensively consulted with and employed many members of the transgender community. “You have to be in a dialogue with the reality that’s happening with those communities,” she says. Had she raised an objection to something in Holden’s song, she says: “Without batting an eye he would have had a conversation with us, we would have been able to have a dialogue about what he learned, and he would have gone back to that lyric or that verse and amended it.”

Get involved
“I think it’s important [to] put my money where my mouth is,” Holden says. Because it was included it on the Everyone Is Gay compilation, “Boys in the Street” directly supported an organization working with LGBTQ youth, and he says he’d like to record more songs like “The Lost Boy,” his 2012 charity single that was inspired by the story of a Sudanese refugee and raised money for the Red Cross.

But being responsible doesn’t always have to be about money. Whether it’s giving other artists who are LGBTQ a platform or advocating politically—Macklemore released “Same Love” to raise awareness about Referendum 74 in Washington and donated some profits to a marriage-equality group—the important thing is to make “sure the work you do is empowering the communities that you’re speaking about,” Russo says.

Watch your message
By just telling a simple story on “Boys in the Street,” Holden avoids making sweeping generalizations or assumptions about life as an LGBTQ person. And though Russo says she’s never challenged material submitted for her organization’s compilations, there are certain messages she cautions straight artists against. “If you say it’s not a choice, it implies that if you could choose you, you would not,” Russo explains. “It automatically makes the inference negative. [Many people] had never considered the larger implication.” That doesn’t mean you won’t hear LGBTQ artists themselves use that language, as Mary Lambert did on the chorus of “Same Love.” “That’s her experience and her story,” Russo says.

Watch your visuals, too
In the music video for “Boys in the Street,” you won’t see another human being besides performance shots of Holden, who hates starring in his videos—the entire story is told through simply dressed mannequins. “We didn’t want to stereotype the dad, we didn’t want to stereotype the child,” Holden says. “I just wanted to make it as completely neutral to tell the story through the body language.”

Don’t speak up only when it’s convenient
A few weeks after Holden and I speak, I learn from his label that he’s no longer doing interviews about the song and video, preferring to let the music speak for itself. That said, he won’t shy away from playing it live. “The places where you’d think [“Boys in the Street”] would go down badly, I get more excited about playing them,” Holden says. “The applause got less and less as I traveled south through the U.S. That gave me a rush. I’m really inspired by the artists who are trying to say something important in their songs. That always gave me chills. I want to try and do that, you know? If I think it’s going to make anybody uncomfortable, I get excited.” 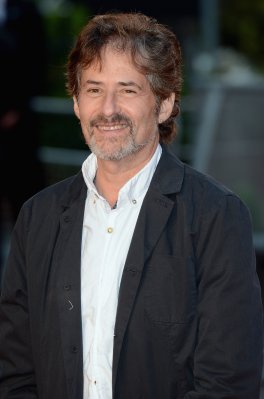