Relatives of the white man accused of fatally shooting nine people during a Bible study group at a historic black church in Charleston, South Carolina, last week are speaking out, recalling Dylann Roof as a “sweet kid” who later became “painfully shy.”

In an interview with NBC News, the 21-year-old’s former stepmother, Paige Mann, acknowledged she had been told by Roof’s mother that he spent a lot of time “locked in his room looking up bad stuff on his computer.” She continued: “Something on the computer drew him in—this Internet evil.”

Roof was arrested last Thursday and charged with nine counts of murder and one count of weapon possession. A hate site that emerged in recent days, containing dozens of photos that appear to show Roof with Confederate flags as well as a long, racist screed, is being investigated by the FBI. The site of the attack reopened Sunday morning for the first post-massacre worship service.

“I never imagined he’d have anything bad in his heart toward people,” Mann’s mother, Patricia Hastings, said. “I don’t know when Dylann got lost.” 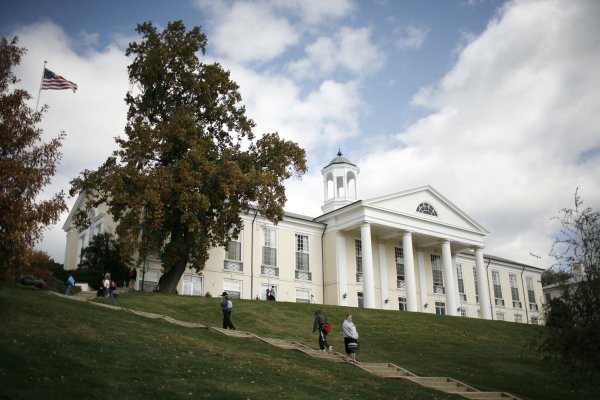