The historic black church in Charleston, S.C., where a gunman killed nine people last week held its first postmassacre worship service Sunday, bringing a sense of unity to the shattered city as law-enforcement officials continued to probe the suspect’s motives.

A large crowd attended the service inside Emanuel African Methodist Episcopal Church, where parishioners honored the victims through song and prayer. The Associated Press reports uniformed police officers were stationed throughout the church for the service, which Governor Nikki Haley and her family were expected to attend, along with many newcomers.

Among those killed in Wednesday night’s shooting at a Bible study group was the church’s pastor, the Rev. Clementa Pinckney. On Sunday, the Rev. Norvel Goff, who was picked to lead the church until a successor is named, said the aftermath of the massacre has “been tough” but that the community will continue to “pursue justice.”

“We’re going to be vigilant,” he said, “and we are going to hold our elected officials accountable to do the right thing.”

Authorities are continuing to investigate the motives of the suspected gunman, Dylann Roof. The 21-year-old was apprehended in North Carolina on Thursday and later transported back to South Carolina, where he was charged with nine counts of murder and one count of weapon possession.

Sunday’s service came one day after authorities announced they were investigating a hate site linked to Roof that held dozens of pictures and a racially charged manifesto. 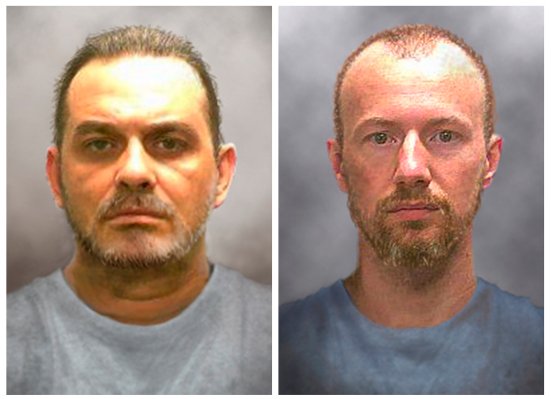