Jaws: The 40th Anniversary of the Movie That Changed Hollywood

Forty years ago Saturday saw the release of Jaws, an adaptation of a beach-read made by a promising but relatively untested young director, Steven Spielberg. Forty years later, Jaws‘ impact can be felt across moviegoing.

The shark tale is perhaps most notable for its box-office success; Jaws became the top-grossing film of all time after its release (and did so more quickly than had its predecessors, with a marketing plan based on blanket advertising rather than a slow rollout). Jaws, with its technical mastery and ability to manipulate the audience into fearing something that for so much of the film’s running time they could not see, was a movie that demanded to be seen as soon as one could, just like later blockbusters including Star Wars (which, two years after Jaws, replaced it at the top of the all-time box office list).

Jaws established Spielberg as an economic force, which means more than one might think; he has proven, in the intervening years, to know exactly what the public wants, from ultimately vanquishable scares (Jurassic Park) to charismatic heroes (Indiana Jones) to sweet sentiment (E.T.). Jaws gave him the capital to do whatever he wanted; his next film was the more adventurous Close Encounters of the Third Kind.

Directors less technically adept than Spielberg, though, took from Jaws the lesson that bigger is better. This summer’s biggest movies so far (Furious 7, Avengers: Age of Ultron and Jurassic World) are all heavy on chases, fights and/or explosions. Jaws had a mechanical shark, yes, but its impact as the first true blockbuster in Hollywood history stems not from the suspense but from the few scenes when the mechanical shark attacks. 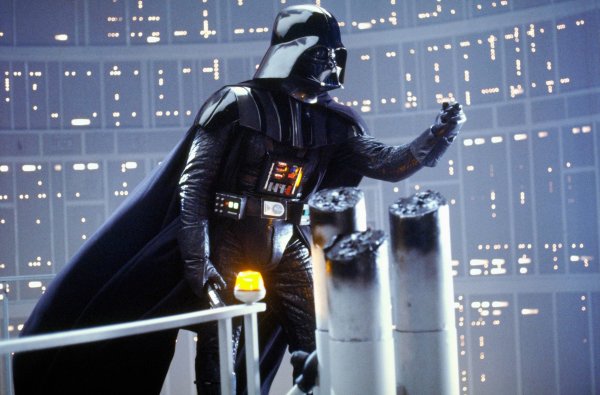 See 100 Years of Blockbuster Movies in 5 Minutes
Next Up: Editor's Pick