Like to take your time browsing in the store? Watch out: Time is money, as they say, and the longer you’ve spent shopping in a store, the more it could be costing you money. A new study finds that you’re more likely to spend money on unplanned splurges as your shopping trip progresses, even if you’re really just intending to buy the stuff you came for in the first place.

“The unplanned selection may cue other forgotten needs,” writes lead author and University of Notre Dame associate marketing professor Timothy Gilbride in a new Journal of Marketing study. Basically, buying one thing you weren’t planning on getting makes you remember all of the other things you might have needed but didn’t put on your list, so that first impulse item you pick up opens the floodgates.

In experiments with 400 supermarket shoppers equipped with handheld scanners to record what they put into their carts — and in what order — Gilbride and his fellow authors found that the likelihood you’ll splurge on an unintended purchase is almost 10% higher at the end of a shopping trip.

“There is support for the cumulative effect of shopping cues and/or [self-control] resource depletion toward the end of the shopping trip,” he says.

One thing that might help save your wallet is having a tighter budget. The researchers found that penny-pinchers were less susceptible to the siren song of impulse purchases. For subjects with budgets of less than $64, that first unplanned purchase helped deter them from putting an unplanned purchase into their cart next, although — be warned — Gilbride and his team find that buffer fades by the end of the shopping trip. And for freer-spending consumers — those with budgets between $64 and $109 — the action of purchasing new goodies feeds on itself, and one impulse buy is likely to be followed by more of the same.

“An unplanned selection increases the probability that the next selection will also be unplanned, and this effect grows stronger over the course of the trip,” Gilbride says.

Interestingly, shoppers who budgeted more than $109 per trip didn’t really seem to be affected, either; Gilbride theorizes this is just because they don’t really have to think and plan as much in advance when it comes to their shopping budgets, so there’s less of a distinction between what’s on their list and what they just throw in the cart when it catches their eye.

To avoid sticker shock when the cashier rings you up, try avoiding promotions for items you hadn’t planned to buy, like free samples, that are located in the back or in the more far-flung corners of the store you’re likely to visit later in the trip. Having an idea of your maximum budget in mind when you enter the store can also help. “Making and monitoring a mental budget (or using a shopping app) for unplanned purchases during a shopping trip provides the shopper flexibility… while avoiding an unexpectedly large overall expense,” Gilbride says. 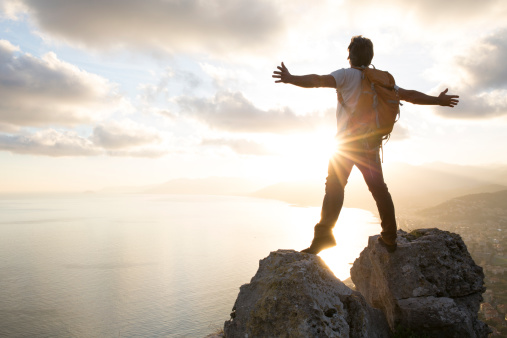 10 Behaviors of High Achievers
Next Up: Editor's Pick