Former American Idol runner-up turned glam soft-rocker Adam Lambert has had some trouble, as Idol finalists often do, settling on a sound. His last studio album, Trespassing, is faintly remembered for its two lead singles: the stodgy power ballad “Better Than I Know Myself” and energetic piece of Bruno Mars showmanship “Never Close Our Eyes.” Neither did much on the charts, and neither represents the album all that well. To get a better sense of this slept-on if uneven release, one must revisit the album tracks, like Pharrell-produced “Kickin’ In,” or Sam Sparro-Nile Rodgers collaboration “Shady”: funky, sexy, and quite ‘70s.

None of that sounds particularly unusual—Pharrell, after all, produced a huge swath of 2013’s pop music, and Rodgers, with his fellow disco-era artists, has graduated from session-musician legend to marquee Top 40 guest—but look at the date. Trespassing was released in 2012, a full year before ubiquitous songs-of-the-summer “Blurred Lines” and “Get Lucky,” and well before everyone from Maroon 5 to Ed Sheeran had begun churning out disco-funk. Rising pop artists, who are both too early in their career to be pigeonholed and too green not to be on the most cutting of edges, often record albums that sound eerily prescient years on, from the coquettish retro-pop of Ariana Grande’s Yours Truly to Icona Pop’s shouty, gonzo electro. Adam Lambert, it turns out, may merely have been ahead of his time.

Lambert has since switched labels over “creative differences”—here, a euphemism for his label pushing him to release an album of ‘80s covers, which is both a godawful idea and well short of Lambert’s ambitions. While Lambert has the voice—and religiously devout fan base—to coast on a post-Idol career of Broadway spots and franchise compilations, his ambitions are the charts, the higher the better. So it’s little wonder that the first two tracks on The Original High cast Lambert as an L.A. sleaze antihero—an imaginary genderflipped Lana Del Rey narrative, perhaps, where “God and James Dean” haunt “the summer back in Hollywood”—and let him revel in sex, drugs, EDM and the sounds of the moment. Nor is it much surprise who’s responsible: unsinkable pop juggernaut Max Martin and his protégés Shellback and relative EDM-world newcomer Ali Payami. Whatever one thinks of Martin—his first go-round with Lambert, “Whadaya Want From Me,” was a second-tier single from cowriter P!nk—on The Original High he’s a godsend. He allows Adam Lambert up to record actual pop songs rather than dated power ballads.

The timing is spot-on. Lambert’s sound fits right in next to funk-pop showmen like Jason Derulo, Maroon 5, Nick Jonas and the newly Max Martin-produced The Weeknd, not to mention belters like Sam Smith, Patrick Stump and Bruno Mars. “Ghost Town” is not far off from Avicii, “Another Lonely Night” from Disclosure’s “Latch.” Often, he outdoes them. On house-inflected “The Light,” Lambert out-Sam Smiths the Brit without any of Smith’s vocal histrionics; “Evil in the Night” and Brian May collaboration “Lucy” are as campy—in a good way—as any of this year’s Fall Out Boy singles, without even having to sample The Munsters.

The album tracks on Trespassing predicted all this, of course; if you’ll allow a little pop prognostication, the album tracks on The Original High might predict something else. For better or worse, male artists tend to be given deeper repertoire than female artists, and Lambert’s songwriting certainly gets introspective, but what’s interesting is that the moodiness comes out in the sonics as well. Much has been written about R&B’s long brood state, born of quietstorm and popularized by the nocturnal slow jams of Noah Shebib; though R&B radio has moved on from this sound somewhat, Payami evokes it on “Underground,” with a disarmingly plaintive vocal from Lambert which recalls Shebib and Alicia Keys’ similarly submerged-sounding “Un-Thinkable.” Going further underground, album closer “Heavy Fire” suggests someone’s been listening to Massive Attack—specifically, the riff to “Dissolved Girl” and the gentle click of “Teardrop.” In fact, it’s almost a shame when the chorus ignites. Tove Lo, probably Lambert’s closest female counterpart, joins Lambert on the moody “Rumors,” adds 808 handclaps, lonely synth peals, sinuous vocal echoes and a Drakean cadence. The result is far more haunting than any song containing the lyric “get out of the haterade” should be.

That’s not to say the album is perfect. “Things I Didn’t Say” is maybe the sixth-best midtempo EDM track on the album, which suggests there are too many. “There I Said It” is one of those power ballads Lambert is theoretically moving away from, and the lyric doesn’t contain a retort worthy of the title. But it’s easily the most coherent album Lambert has released. Where For Your Entertainment was an Idol alumnus’s album, and Trespassing was the work of an artist with intermittently interesting material, The Original High is a pretty good pop album, with ambitions toward more. 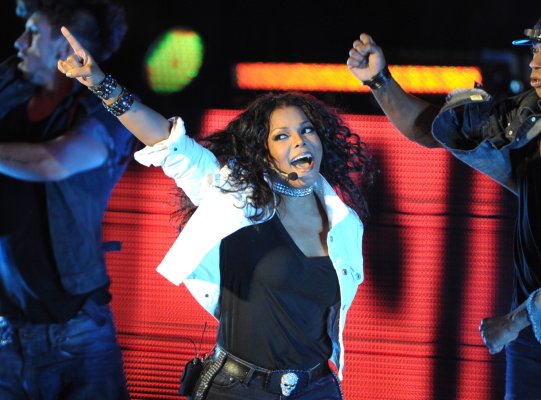