See What the Critics Are Saying About Pixar's Inside Out

Inside Out has eleven-year-old Riley experiencing of an array of emotions — from Joy (Amy Poehler) to Sadness (Phyllis Smith) — after leaving her Midwestern town for life in the Bay Area.

Written and directed by Pete Docter (Up), Pixar’s first release in two years is set to earn $60 million in its domestic debut, in line with other high grossing Pixar films.

Read what top critics are saying about Inside Out:

The Hollywood Reporter‘s Todd McCarthy says the film “serves up some abstractions and flights of deconstructive fancy that will most likely go over the heads of viewers with ages in the single digits. But this adventurous outing manages the great Pixar trick of operating on two levels — captivating fun for kids, disarming smarts for adults — that sets the studio apart. Reliably big summer grosses appear in store.”

He adds, “Poehler’s energetic voicing of Joy dominates the dialogue, and quite agreeably so. All the other voice actors blend in nicely without being too eccentric — Bill Hader portrays Fear, Mindy Kaling is Disgust, Lewis Black is Anger and Smith is the unassertive but undeniable Sadness. Among the ‘real’ characters, Kaitlyn Dias plays Riley, Diane Lane is Mom and Kyle MacLachlan is Dad.”

“In a cheeky move on the part of Bay Area-based Pixar, San Francisco is, for once, portrayed in a negative light (the family’s new home is located on a cramped, dingy downtown street). As usual with the company’s fare, there are plenty of blink-and-they’re-gone jokes, including the depiction of the part of the brain that creates dreams as a movie studio.”

The New York Times‘ A.O. Scott writes, “The achievement of Inside Out is at once subtler and more impressive. This is a movie almost entirely populated by abstract concepts moving through theoretical space. This world is both radically new — you’ve never seen anything like it — and instantly recognizable, as familiar aspects of consciousness are given shape and voice. Remember your imaginary childhood friend? Your earliest phobias? Your strangest dreams? You will, and you will also have a newly inspired understanding of how and why you remember those things. You will look at the screen and know yourself.”

Los Angeles Times’ Kenneth Turan calls it “even better, as in the best of Pixar, are thoughts and insights about the human experience. Though it doesn’t seem that way at first, the five emotions are not rivals jousting for power and control; they are united by wanting the best for Riley. And when Joy begins to understand the value and purpose of Sadness, that leads to moments no one is going to forget.”

Time‘s Mary Pols declares it “perhaps the craziest movie Pixar has ever come up with. Imagine Fellini using animation to create a narrative starring the limbic system, with diversions to the subconscious (‘where they take all the troublemakers’), treacherous trips into abstract thinking and rides on the highly erratically scheduled train of thought.” Additionally, “Riley’s mother and father have their own five-character emotion parade. It is true that Riley’s Disgust eggs on Anger, and that Joy, a bossy hedonist, would rather Sadness stay within the chalk circle she draws for her. But the emotions are all in this together, in support of Riley. One of Inside Out’s great triumphs is Joy’s dawning realization about the need for balance and the gifts that unmasked Sadness can bring, including the support of one’s loved ones.”

Chicago Tribune‘s Michael Phillips argues, “Saying Inside Out is the best Disney-Pixar picture sinceUp in 2009 says less than it should, considering the distressing if profitable recent mediocritiesCars 2 and Monsters University.” He adds “there’s a truly lovely resolution, completely trackable even for preteens, resting on the notion of mixed emotions, and the value of acknowledging life’s hardships, rather than papering them over with false good cheer. This is why Inside Out works. We feel for the girl at its center, and when things go right after going wrong, the swell of emotion is neither cheap nor bombastic.” 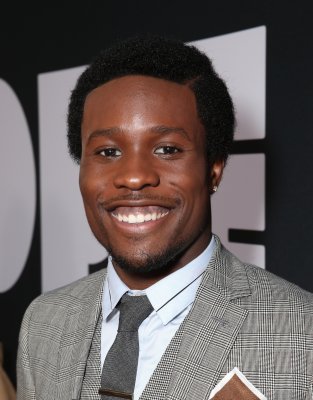 What Dope Star Shameik Moore Thinks the History Books Will Say About Him
Next Up: Editor's Pick