Go Inside the Effort to Rebuild Nepal

The temblor, which struck shortly before noon local time on April 25, was felt in neighboring China and India, and even as far away as Pakistan. A series of panic-inducing aftershocks followed, and then, on May 12, the country was rattled by a magnitude 7.3 quake centered northeast of Kathmandu, near the country’s border with China.

In Nepal, the death toll from the two earthquakes stands at nearly 9,000, with over 22,000 people injured. (Deaths were also recorded in neighboring countries.) Hundreds of thousands of homes were destroyed or damaged. The country’s health infrastructure suffered a body blow. According to a recent government report, nearly 450 public heath facilities, including five hospitals, were completely destroyed. In what was already one of the region’s poorest countries, the earthquakes—the result of an ancient geological fault deep below Nepal—are estimated to have pushed an additional three percent of the population into poverty. That, according to the World Bank, means “as many as a million more poor people.”

As Nepal slowly rebuilds, among the most pressing challenges is supporting agriculture in a country were two-thirds of the population depends on farming. Rice is a staple food in Nepal—and for many rice-farming communities, the earthquakes “struck at the worst possible time,” according to the U.N. Food and Agriculture Organization (FAO). June is when the annual monsoon rains arrive in Nepal. And the weeks leading up to them are critical for farmers who must ensure that their rice saplings are in the ground before the rains hit. But as many half of all farming households in the country’s worst affected districts are estimated to have lost nearly all their stores of rice and other crops in the earthquakes.

The rice farmers of Samantar Village in Nepal’s Dhading district, whose struggle to plant their rice crop ahead of the monsoon is chronicled in this TIME video by Nehemiah Stark and Nick Wilson, were among those who lost their supplies in the April 25 quake. “The rice seeds in people’s houses were ruined,” Bakhat Bahadur Rai, local agricultural leader, says.“The houses fell down and the seeds became a part of the rubble.”

What followed was a race against time to secure new seeds for planting before the rains for a healthy harvest. Samantar was lucky. With the help of an Israeli NGO called Tevel b’Tzedek, the rice farmers of Samantar managed to get new supplies in early June, before the rains. Elsewhere in Nepal’s hardest hit areas, the FAO has distributed 40,000 five kilogram bags of rice seeds to farmers for the current planting season.

But much still remains to be done across Nepal, where the government puts the total cost of recovery and reconstruction at some $6.6 billion over five years. It is an enormous challenge, and one that Nepal can’t meet on its own—the estimated cost equates to roughly a third of the size of the country’s economy. To help with the effort, the government is hosting an international donors conference with delegates from the around the world, including the Indian and Chinese foreign ministers.

As the visiting delegates consider the challenges ahead, over in Samantar, attention is focused on this year’s rice crop. “I have a feeling that I will survive,” Phoolmaya Rai, a local rice farmer says, “if there’s not another earthquake.” 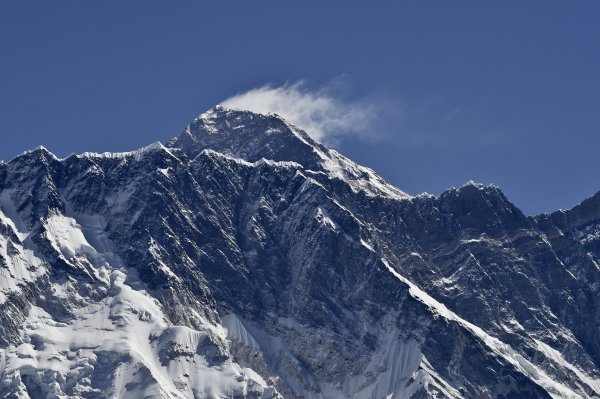