This Is Pixar's Secret to Making Moviegoers Cry

By Carolyn Giardina / The Hollywood Reporter

Editor Kevin Nolting, whose previous credits include Pixar’s Up, reteamed with Oscar-winning Up director Peter Docter on the studio’s inventive Inside Out, which follows an 11-year-old named Riley who moves to San Francisco, and how she’s guided by five emotions inside her head—Joy, Sadness, Fear, Anger and Disgust—which operate inside her “headquarters.”

Nolting talked with The Hollywood Reporter about working with Docter and the Pixar “brain trust” (Pixar’s lead creatives including John Lasseter), how the Inside Out story came together, and how—like with Up—he’s may again bring tears to your eyes.

THR: You made a generation of moviegoers sob during the ‘Married Life’ sequence in Up (during which we see Carl’s life with his wife Ellie before she died). Would you recommend they bring tissues to Inside Out?

What’s the secret behind these moments?

I think the secret is the combination of Pete Docter and (co-director) Ronnie Del Carmen. Pete has the initial idea and then he lets Ronny run with it and something magical happens. Also Pete isn’t afraid to go there; he’ll let us go too far and then we dial it back. He’s very conscious about being too sappy, and he has a good sense of that.

[The moments] are always very relatable but we have to earn it. We can’t just add a sad beat because we need a sad beat in the movie. We spend a lot of time making sure we can get to that sad beat, that the audience is ready and that we’re not forcing it on the audience. The character arc has to take you there.

In live-action production, you shoot and then edit. With animation it’s the other way around.

Yes, in animation, at least at Pixar, we spend 2-3 years creating the movie in storyboard form and we generally have 7-8 full screenings for our brain trust, before we go into (animation) production. After each screening, we are willing to rewrite the whole thing or tear it apart or rewrite things. And then in three months we put it up again and see where we’re at. All of the versions have to be edited, with dialog and effects. Essentially we make seven versions of the movie before we go into production, and then once we’re in production, we edit again while in layout, which is camera staging for us. The movie is essentially made first … the last thing we add is the lighting. It’s pretty much completely upside down.

You worked with Pete before. What is the collaborative process like?

Pete is very collaborative, probably the most collaborative director we have here. My editing room is set up so that we can bring in 2-3 story artists who can draw and hear while we’re working, and we have microphones set up so we can record dialog. With him, it’s sort of like making music; he has great ideas and will lay down the base line and bring in different people to add things.

And the brain trust, we screen for them. They give us feedback, positive and negative. Sometimes it’s really hard feedback, but it’s all pointing to making a better movie.

Tell us about editing the dinner table sequence, partly shown in the trailer? (This is a scene during which Riley is having dinner with her parents and the edits move between the dinner table, Riley’s headquarters, and the headquarters’ of her mother and father).

That was one of the first scenes we did, before we really understood what the interchange between the two worlds would be — headquarters and the real world. In that scene we decided to also go inside the parents’ heads and see what happens. That scene evolved over three years, as we learned more about the characters and the construction of the worlds. The challenge was to keep narrative going and the humor going without the audience getting lost, because we were cutting between three headquarters’ with five characters in each, and then out of the dinner table, while making it funny and picking up momentum at the end.

What does this movie meant to you personally?

It means a lot to me, I moved to San Francisco when my younger daughter was 10-years-old. I lived a lot of this movie. I have daughters and experienced their joy when they were young and later when they became more introverted. I think all of the parents that worked on this, had all gone through this. 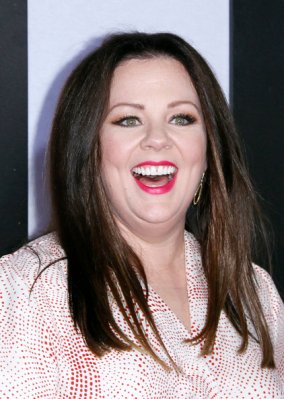 Here Are First Photos of Melissa McCarthy and Kristen Wiig From Ghostbusters Reboot Set
Next Up: Editor's Pick