Fifty Shades From A Man's Perspective Is Bad for Women

It’s no surprise that Universal Pictures ordered a sequel to Fifty Shades of Grey, considering the S&M-themed movie adaptation of the book trilogy has so far grossed almost $570 million worldwide. It’s also no surprise that screenwriter Kelly Marcel will not be back to write the sequel. After all, the book’s writer EL James (nee Erika Leonard), notoriously clashed with director Sam Taylor-Johnson and was given enormous creative control over the project.

What is surprising, however, is the narrative switch-up happening in the franchise. First it was revealed that James’ husband Niall Leonard will write the screenplay for Fifty Shades Darker. Leonard is a bona fide screenwriter with credits on several British series (and reportedly had an uncredited rewrite of the first film’s script). And earlier this week Grey, the version of the Fifty Shades tale from Christian’s point of view, hit shelves.

Grey seems like nothing more than a cash grab, another telling of the same tale to capitalize on a trilogy that sold well over 100 million copies, which is even bigger than a blockbuster in the book world. But it is also something different. With the official addition of Leonard to the creative team for the new movie, there is a growing amount of testosterone in one of the few giant Hollywood franchises that so far has resisted interference by the patriarchy, both in terms of its creation and narrative. Things could get complicated for James’ empire.

Nearly 70% of the audience for the movie’s opening weekend back in February was female, a staggeringly high percentage. Wouldn’t it make sense that the powers that be would want a woman in one of the major creative roles on the movie? When a planned Wonder Woman movie recently lost its female director, Warner Bros. hired another woman to bring the lasso of truth to the big screen, and that comic book franchise will have far more Y chromosomes filling the theaters than Fifty Shades ever will. To hire a man to helm a long-awaited film would have caused a worse and more vocal backlash than when Ben Affleck was cast as Batman.

Fifty Shades was also the largest opening weekend for a female director ever, and James had held out for a woman for her project. This not only makes sense from a creative perspective but from an activist perspective as well. Last year, a survey by the Writers Guild of America found that women wrote only 15% of feature films, down from 17% in 2009. They also only made 77 cents on the dollar to male writers, which is the regrettable standard across many sectors of American industry.

James is under no obligation to do anything to please anyone but herself, but she has remarkable control over who is making these movies and can give women opportunities to prove themselves on a global scale that they are not often afforded. On a very specific level, it’s a little gross that a man is going to be writing this project. While I have not read the books or seen the movie, I do know enough about the phenomenon—how could I not?—to know that it’s about a young woman who is seduced by a handsome billionaire who initiates her into a world of kinky S&M sex. I’m all for exploring all sorts of sexual expression between consenting adults, but plenty of critics were taken aback by the “abusive gender roles”, “anti-feminism”, and “abusive relationship” of both the books and the adaptation. Now to have it written by a man or told from a man’s perspective only seems to give more heft to those perspectives.

I don’t know what James and Leonard do behind closed doors, but for the book’s author to allow her husband to adapt her work about a man physically and emotionally dominating a woman seems a little, well, creepy. Part of the draw of the books was that it gave women a surrogate to explore a kinkier side of their sexuality that they might not have given into at home. But having Christian tell the story and giving more credence to the character who already has the upper hand seems a little bit exploitative. This is no longer about Anastasia’s decision to enter into a relationship with him — it’s about a man taking advantage of a woman for his own means, a story we don’t need to crack a book to learn everything about.

On the other hand, let’s imagine Leonard’s appointment is a compromise with studio executives who didn’t want James (who was characterized as ‘inexperienced,” “impulsive,” and “controlling” during the making of the movie) writing the screenplay herself. This way she can work with her husband who knows how to craft a screenplay and, most likely, forge compromises with his wife. And since Christian Grey’s book is sprung from her mind, ultimately he is under her power. 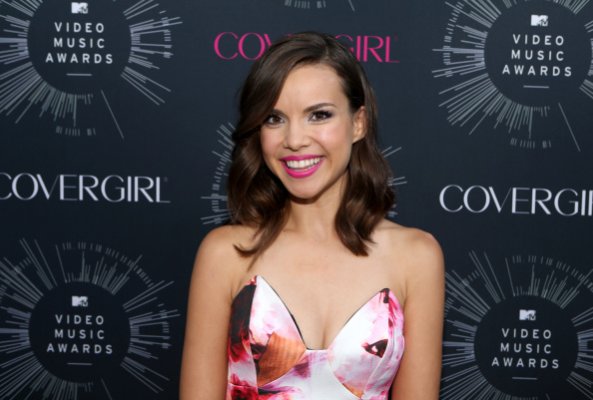