This Is What Chris Pratt Thinks Gender Equality Should Look Like

Chris Pratt at the premiere of 'Jurassic World' in Hollywood on June 9, 2015.
Jason LaVeris—FilmMagic/Getty Images
By Jessica Derschowitz / Entertainment Weekly

Chris Pratt’s star has risen as his physique transformed from the less-than-toned Andy Dwyer of Parks and Recreation to Star-Lord’s superhero six-pack, and he doesn’t have a problem with that connection.

In a new interview, Pratt admits his new physique played a “huge part” in landing his leading roles in blockbuster films like Jurassic World and Guardians of the Galaxy.

“It was a huge part of how my career has shifted is based on the way that I look, on the way that I’ve shaped my body to look,” he told Radio 4’s Front Row, adding that he feels “totally” objectified now.

Pratt added, “There are a lot of beautiful women who got careers out of it, and I’m using it to my advantage. And at the end of the day, our bodies are objects. We’re just big bags of flesh and blood and meat and organs that God gives us to drive around.”

He also said the decision to transform his body wasn’t a “calculated” one, but it’s certainly one that’s paid off – to the tune of that $500 million opening weekend for Jurassic World.

Pratt has spoken about his body transformation throughout the Jurassic World press tour. In the July issue of Men’s Health U.K., Pratt said his weight – which once ballooned toward 300 pounds –raised some big health concerns.

“I was impotent, fatigued, emotionally depressed. I had real health issues that were affecting me in a major way,” Pratt said. “It’s bad for your heart, your skin, your system, your spirit.”

Listen to Pratt discuss his body in the interview clip below. 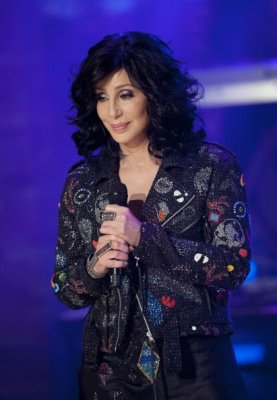 See What Cher Had to Say About Donald Trump's Run for Presidency
Next Up: Editor's Pick