See Why NASA Is Dying to Visit Jupiter's Moon Europa

A new mission to see if water or life exists beneath the icy surface of Jupiter’s moon Europa has moved from concept to development, NASA announced this week.

“Observations of Europa have provided us with tantalizing clues over the last two decades, and the time has come to seek answers to one of humanity’s most profound questions,” John Grunsfeld, associate administrator for NASA’s Science Mission Directorate, said in a public statement.

An observational spacecraft is slated to launch by the late 2020’s. After several years, the craft will enter Jupiter’s orbit, offering upwards of 45 opportunities to fly within shutter range of Europa, collecting images of the planet’s surface and possibly “tasting” spumes from massive geysers erupting into space. However, the craft won’t actually land on the Europa’s surface.

The spacecraft will have to take only a glancing look, given the intense levels of radiation. “Any mission that goes in the vicinity of Europa gets cooked pretty quickly,” says Europa mission project scientist Robert Pappalardo.

Europa first captivated NASA scientists in the late 1990’s, when the Hubble telescope returned images of the planet’s icy crust. Scientists theorized that an ocean might lay beneath the crust, holding twice as much water as large as all of Earth’s oceans combined. NASA hopes to gain a deep enough understanding of the water’s composition to see if it contains signs of life or life-sustaining nutrients.

“That would mean the origin of life must be pretty easy throughout the galaxy and beyond,” Pappalardo says. 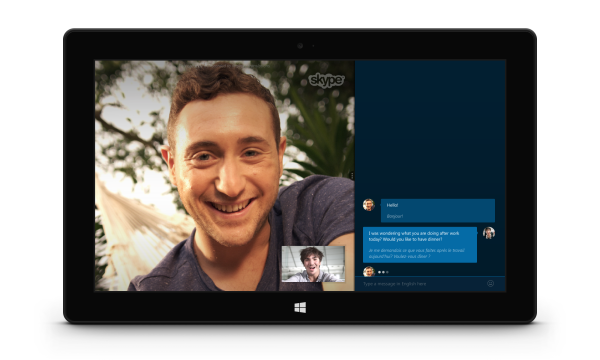 Skype's Real-Time Translator Is Learning Even More Languages
Next Up: Editor's Pick