These 5 Facts Explain the Threat of Cyber Warfare

America has spent decades and trillions of dollars building up the greatest military force the world has ever seen. But the biggest threat to national security these days comes from not from aircraft carriers or infantry divisions, but a computer with a simple Internet connection. That much became clear after the catastrophic hack—most likely by a foreign power—of sensitive federal employee data stored online. These 5 stats explain the evolution of cyber warfare, its astronomical costs and its increasingly important role in geopolitics.

The massive breach of the Office of Personnel Management a couple weeks ago made headlines, but Washington has been fending off cyber-attacks for years now. The federal government suffered a staggering 61,000 cyber-security breaches last year alone. This most recent wave of hacks exposed the records of up to 14 million current and former US government employees, some dating back to 1985. Compromised information includes Social Security numbers, job assignments and performance evaluations. This is dangerous information in the hands of the wrong people, which by definition these hackers are. There is a good reason why the U.S. Director of National Intelligence ranks cyber crime as the No. 1 national security threat, ahead of terrorism, espionage and weapons of mass destruction.

Hackers aren’t only in the game to damage governments—sometimes good old-fashioned robbery is enough. The FBI had to notify over 3,000 U.S. companies that they were victims of cyber security breaches in 2013. Victims ranged from small banks to major defense contractors to mega retailers. An astounding 7 percent of U.S. organizations lost $1 million or more due to cyber crime in 2013; 19 percent of U.S. entities have claimed losses between $50,000 and $1 million over the same span. Hacking costs the U.S. some $300 billion per year according to some estimates. Worldwide that figure is closer to $445 billion, or a full 1 percent of global income. The research firm Gartner projects that the world will spend $79.9 billion on information security in 2015, with the figure rising to $101 billion in 2018—and that still won’t be enough.

With the rise of social media also comes the rise in social media cyber crime. Social media spam increased 650 percent in 2014 compared to 2013. Nearly 30 percent of U.S. adults say one of their social media accounts has been hacked. That number is only set to grow: an estimated 10 to 15 percent of home computers globally are already infected with botnet crime-ware, and over 30,000 new websites are corrupted daily with compromising code. In a day and age where your online presence increasingly defines you to the rest of the world, hackers with access to your accounts can cause untold damage to both your personal and professional life. Back in 2011, Facebook admitted that it was the target of 600,000 cyber-attacks every day. Not wanting to scare off potential users, it hasn’t released official figures since.

Speaking of social media, cyber threats don’t only come in the form of traditional hacking. Moscow has set up a sophisticated “troll army” under the umbrella of its Internet Research Agency to wage a massive disinformation campaign in support for its invasion of Ukraine, and of the Kremlin in general. These trolls work hard, each one pumping out 135 comments per 12-hour shift. Furthermore, each troll is reportedly required to post 50 news article a day while maintaining at least six Facebook and ten Twitter accounts. That’s a whole lot of misinformation. Despite economic hardship caused by sanctions, Moscow believes in this mission enough to employ a full-time staff of 400 with a monthly budget of $400,000.

But the single biggest threat to the U.S. remains China. A full 70 percent of America’s corporate intellectual property theft is believed to originate from China. That doesn’t just mean random hackers who operate within China’s borders; we’re talking about elite cyber groups housed by the government in Beijing. China decided long ago that it couldn’t compete with the U.S. in direct military strength. The US already outspends China more than 4-to-1 in that regard, making catch-up near impossible. Beijing has instead decided to focus instead on commercial and government espionage. While exact figures are hard to come by, in May 2013 two former Pentagon officials admitted that “Chinese computer spies raided the databanks of almost every major U.S. defense contractor and made off with some of the country’s most closely guarded technological secrets.” That would be really impressive if it wasn’t so terrifying. 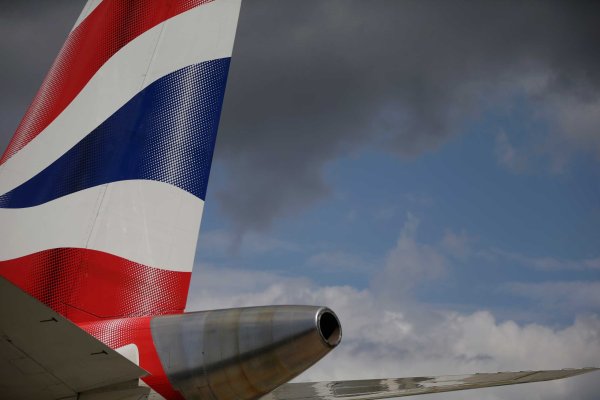 Stowaway Falls to Death From Plane Flying Over London
Next Up: Editor's Pick