The man accused of killing nine people in a historic black Charleston church was charged Friday with nine counts of murder.

Dylann Roof, 21, was arrested Thursday, one day after police said he opened fire in a prayer meeting at Emanuel African Methodist Episcopal Church. In addition to the nine counts of murder, he was also charged with one count of weapon possession, the Associated Press reported.

Shortly before the charges were announced, South Carolina Gov. Nikki Haley said on the Today show Friday morning that she believes Roof should be punished with the death penalty, calling the attack a “hate crime.”

Charleston Mayor Joseph P. Riley struck a different tone in a press conference late Friday morning, saying he is not a proponent of execution. “I think if you’re going to have a death penalty,” he said, “then certainly this case would merit it. [But] I am of the belief that the death penalty is outmoded.”

Mayor Riley also announced a prayer vigil that will take place Friday night at the College of Charleston and encouraged those who want to support the church and the victims’ family members to donate to a fund that has been set up.

Roof was apprehended after a woman in Shelby, N.C. recognized his car and his haircut from news reports. She and her boss contacted the police, who quickly took him into custody and returned him to South Carolina.

Public figures are still debating how to classify the shooting. While Gov. Haley called it a hate crime, Jon Stewart said it was a “terrorist attack.” Mayor Riley, on the other hand, told TIME it was “more in the [category] of the shooter of the children in Connecticut, the shooter in the movie theater—they’re deranged people.”

Roof will have a bond hearing at 2 p.m. EST on Friday, according to the Charleston Police Department. Murder can be punishable by death in the state of South Carolina. 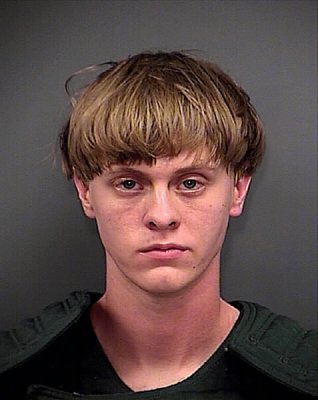 Ex-Classmate Says Alleged Shooter Was 'Different'
Next Up: Editor's Pick