Stowaway Falls to Death From Plane Flying Over London

A stowaway, who clung to the undercarriage of a British Airways plane departing Johannesburg, South Africa, has fallen to his death in London, the airline announced Friday.

A second stowaway managed to hold on to the plane. The body of the man was found on a building, reported the BBC. The survivor, who is believed to be a 24-year-old man, is now in critical condition in hospital. He was discovered in the undercarriage of the flight, after enduring an 8,000 mile journey and freezing temperatures.

“We are working with the Metropolitan Police and the authorities in Johannesburg to establish the facts surrounding this very rare case” said British Airways in a statement. 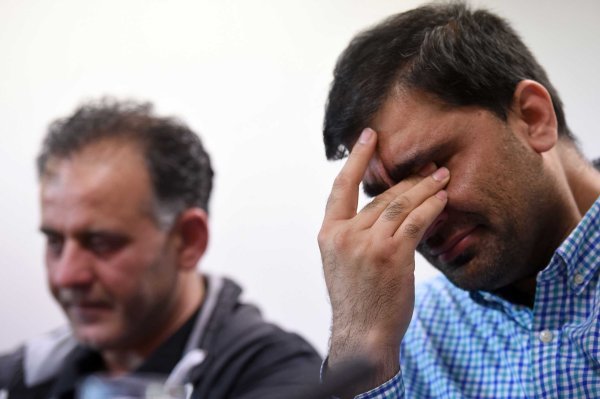 British Family of 12 Has Crossed Into ISIS Territory in Syria
Next Up: Editor's Pick